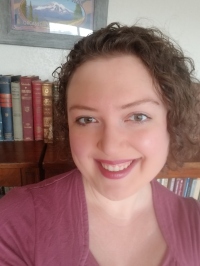 Let’s start with an introduction: Who is Breanna Teintze?

Your debut novel, Lord of Secrets, will be published by Jo Fletcher Books in July. It looks really interesting: How would you introduce it to a potential reader? Is it part of a series?

When I was writing Lord of Secrets I described it as my “puzzles and explosions” book. If you like fast action, creepy temples, snarky humor, and magic people grappling with family difficulties, you’ll like this book. Also: skeletons.

It’s the first book in a series called The Empty Gods. I’m working on edits for book two in the series at the moment, which could be described as Relationship Goals But Also There’s Mummies. 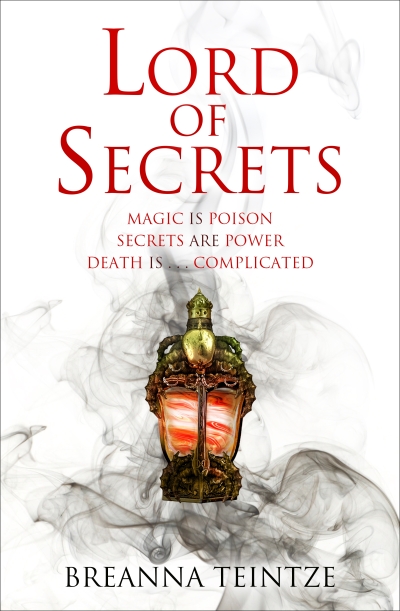 I always feel like I should have a more profound answer for this, but basically I write books because the characters appear in my head and won’t leave me alone. Corcoran Gray, the protagonist of Lord of Secrets, is a very loud person. I wrote the book to shut him up. It only partly worked.

In general, I get inspired by watching other people do things. I find humans really fascinating and I like trying to figure out why they do things, and how the reality in their head matches (or doesn’t match) the reality in mine.

Gosh, that’s hard to pinpoint. I think it was probably movies, actually. I watched the Rankin-Bass cartoon of The Hobbit when I was tiny, and I can still recite to you entire scenes from The Neverending Story and Labyrinth. 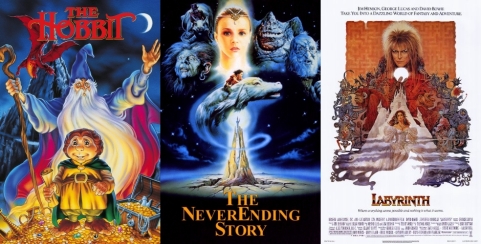 As far as books go, my parents are both voracious readers and sort of accidentally taught me to read when I was very small. Consequently I read everything SFF that my local library had as a kid, rather indiscriminately. Lots of Zelazny off my Dad’s shelves. Certainly Earthsea, Shannara, and Ray Bradbury’s short stories all have their own city blocks in my subconscious.

Mostly I am walking around pretending to know what I’m doing and smiling at all the super-competent people who are working so hard to make my manuscripts into real, live books. I’ve never met so many driven, brilliant people in my life. That’s not to say that publishing as an industry doesn’t have some areas that strike a newbie as weird, but since my other career is in healthcare I tend to find it soothing that people don’t usually die when you make a publishing mistake.

They change! When my kids were little I had to write very slowly, just a few minutes at once. Nowadays I can get more dedicated chunks of time to write. Either way it really helps me to blast music, and most of my books have a dedicated playlist or five. As far as research goes I collect friends that have weird specialities and then just ask them things like “would you die right away if you stuck your arm in a bucket of mercury?” (Don’t stick your arm in a bucket of mercury.)

I don’t remember ever not wanting to write. My mom says I wrote a story about dragons when I was five. Personally I am still fond of the Nancy Drew fanfic I wrote when I was ten, where it turned out that the villain poisoned someone with milkweed pods. No messing around with counterfeiters and missing wills, Nancy. Murder.

I think SFF is in a really exciting place as a genre. There have been so many hypercool books published recently, from big meaty sagas like The Broken Earth to Gonzo-glittery trips like Valente’s Space Opera and a whole bunch of things in between. There’s been a lot of discourse lately about whether fantasy should be hopeful or not, and while I understand why it’s worth talking about I think the question is perhaps a little narrow. Fantasy should be hopeful and tragic and exciting and meditative, like every other genre. It’s a big sandbox. I have a lot of fun seeing what kind of sandcastles other people build, especially when some of them make me cry or gasp or throw the book across the room. 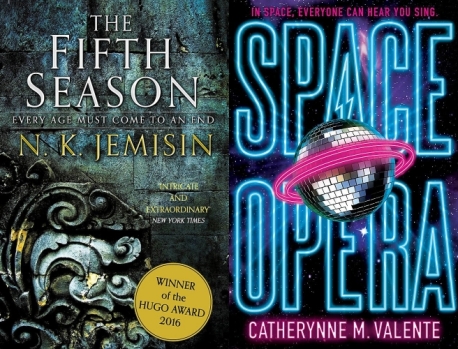 As for my own work, I aspire to write books that could be characterized as Only The Fun Bits. If I can write stories that people read in airports, or hospital waiting rooms, or when they just want to forget about their stress and go to another world for a bit, then I will have achieved my goal. Nobody gets out of having to do real life, but maybe The Fun Bits will strengthen us a little for the fight.

Right now I’m working with my editor at Jo Fletcher Books on the second book in the Empty Gods series, and I have to admit that I’m awfully proud of the explosions in this one. I’m also plotting out several other books, both in the Empty Gods universe and a completely different standalone universe that involves sagebrush. I’m terrible at working on only one thing at a time.

I’m also terrible at reading only one thing at a time. At the moment: an Agatha Christie (to relax), Silver in the Wood by Emily Tesh (for fun and style), a gluten-free cookbook (trying to figure out pizza crust), and Fire On The Track (for the history of female Olympians). 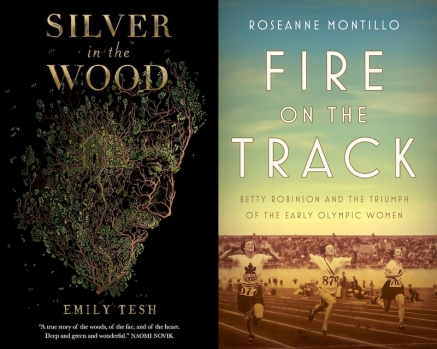 This is not a fair question. Do they have more than one book, but they’ll read the one I recommend to them, or is this the only book they ever get to read? If it’s the only one they get to read, maybe The Arabian Nights? There are so many different varieties of story in that one collection that I guess it would give them the most bang for their buck.

In real life I tend to stand in front of my shelves and say, “Well, how would you like to feel?” and proceed accordingly.

I am very good at splitting firewood with a maul. It’s massively satisfying.

I’m hoping to take my husband somewhere with waves and a beach and a lot of icy beverages. He’s been a good sport about his wife not doing much else but Book Stuff for several months, and also I deserve a vacation with a cute boy.

Breanna Teintze’s Lord of Secrets is due to be published by Jo Fletcher Books in trade paperback on July 25th. 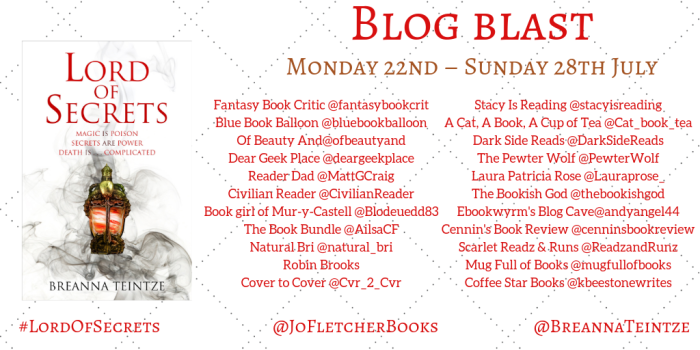