Let’s start with an introduction: Who is Suyi Davies Okungbowa?

I was born and raised in Benin City, Nigeria to parents in academia, so reading and stories have always been a big part of my life. Benin’s an ancient city, see, dates back to the 11th century, so there isn’t much going on there. I experienced most of the world through books (and cable TV, haha). I had my primary, secondary and tertiary education within the same walls of the University of Benin. Since then, I’ve moved around a bit, working in engineering, professional services, marketing and communications and digital learning. Currently, I’m an MFA candidate in creative writing at the University of Arizona in Tucson, where I also teach writing to freshmen and sophomores.

Your debut novel, David Mogo, Godhunter, is due to be published in July by Abaddon. It looks really interesting: How would you introduce it to a potential reader?

Well, I initially pitched the book to David [Moore] as American Gods-meets-The Dresden Files, set in Lagos. Since then, I’ve heard it called everything from Constantine-meets-Black Panther to a godpocalyptic thriller. To a potential reader, I’d say if you took a demigod’s identity crisis, mixed it with a failing, overcrowded city’s god infestation, and set a wizard’s fire under it, what you get is David Mogo, Godhunter. It features Yoruba orisha mythology, but also draws on myths and legends from other Nigerian ethnicities like the Edo pantheon (where I’m from) as well as the Urhobo and Igbo.

Is it part of a series?

Haha. David Mogo is a very interesting character and definitely carries more tales in him. Who knows? Time will tell, won’t it?

What inspired you to write the novel and series?

The idea started as a short story of sorts, then blossomed into a novella, then into its current threefold narrative. The tale didn’t even start with David Mogo, but with an image of Papa Udi, his foster-wizard-grandparent. But then, Lagos is a city sitting on a knife edge, and living there teaches you that a little sneeze will tip it. The city already welcomes thousands of foreign entities everyday. Why not throw in a few thousand supernatural more?

My work, in principle, usually examines people and entities caught between the demands of history and the future, the old and the new, the traditional and the modern, the community and the individual. As a demigod and godhunter, David occupies this perfect position, and it was a no-brainer to have him at the centre of the rising conflict when the city can no longer hold both factions together in peace.

In general, I draw my inspiration from middles. As a middle child and a cross-cultural human, I’m enthused by the middle as its own space of existence. I love characters who break everything to make their own home in the crevice. And I love to tell stories of these entities within the context of my Edo, Nigerian, African and Black heritages, and showcase the truths of what they’ve been, what they are now, and what they’re capable of being.

My parents’ bookshelves, really. They tried to hide it, but they were really into pulpy paperbacks in their day; I’m talking James Hadley Chases, Nancy Drews and Sidney Sheldons. However, they placed those on the top shelf, so I had to make do with those below. Early on, I especially loved Cyprian Ekwensi, who wrote stories about Nigerian boys going on adventures. There was also the Nigerian Pacesetters series, which was big on gritty street stories of crime and romance. Later on, I read heavier novels like The Godfather and The Matarese Circle. But I didn’t really get into science fiction and fantasy until I read Morgan Llywelyn/Michael Scott’s Silverhand and Stephen King’s Firstarter.

Mixed feelings, I guess. I mean, it’s obvious there’s more to be done to get people outside the normative into decision-making positions, or at least folks who’re willing to make the space for stories and approaches that are different from the normative. I’m actually quite comfortable with publishing as the business side of art, unlike many authors. I understand books must be sold for publishing to be viable, and selling is, in essence, business.

I think what I love most is working with humans — editors, publicists, reviewers, readers, booksellers, fellow writers — and seeing them as excited as I am about a thing I made. It’s intoxicating, and makes me want to create more stuff that makes the world more understanding, happier, better.

My highest productivity occurs right after I’ve awoken, so I write mostly in the mornings or after a siesta, and barely ever for more than two hours at a time. I have a dedicated space wherever I live, but I’m just as happy writing on the move — I once wrote half a story on the deck of an offshore oil rig.

For research, I like to keep notes, links, photos, etc on my phone, then add them to a private Google Site later, where I store project collections. For web-only research, I just make a list of links on a Sheet. I work mostly with Docs because I move between devices, so I love to keep things on the cloud. You can see I’m totally hooked on Google, yeah?

I don’t think I ever realised I wanted to. I’ve always known I was going to be a writer of sorts at some point, but I was never quite sure about the how or when. I simply kept following the various opportunities that presented themselves, and I guess I just woke up one day, realised I’d written a bunch of stuff and thought, “Shit, I guess I’m a author now.”

My first book was a revised selection of Bible stories, which was basically me picking up the most memorable Bible stories I knew and going, “What If?” (This is how half my stories still begin, haha.) I was thirteen or so. Someone read them and thought they were decent enough to try to make into a church drama. Didn’t happen. I left writing behind then, and only found it again after university, while working at the state PR office during my National Youth Service Corps year. I moved from journalistic stuff to essays, then back to fiction after I completed national service. I’m not sure about fondness for either time, but I acknowledge their roles in getting me here.

There tends to be this lumping of all SFF by black people or people of colour that I find puzzling. Black experiences are in as much variety as any other. I wouldn’t expect Russian and American science fiction to be discussed within the same breath, or all Asian fantasy to offer the same manner of narrative. I tend to shy away from umbrella terms like Afrofuturism as a result. Apart from the fact that Afrofuturism started out with a focus on the black diasporic experience (especially on the backs of slavery and colonialism), what exactly does “Afro” as this unitary experience mean? There are black Latinx folks, black Caribbeans, black Africans, black South Americans, black North Americans (yes, even Canada and Mexico), black South and Central Americans, black Asians, etc. Every black experience is different, even within each context. (Also, for everywhere “black”, replace with any other race, and we arrive at the same result).

Personally, my stories tell of very specific Nigerian/African experiences. My website and bios usually present me as an “author of stories featuring African/Africanist gods, starships, monsters and detectives.” I’m less interested in my work being approached from the “African/Africanist” part of that definition. I’d rather it be discussed where spacecrafts, monsters and conflicted characters are being discussed.

I have a fantasy novel in the works, and the old Benin Empire of the middle ages, where the city I grew up in sprung from, makes an appearance. I’m actually currently visiting Benin for some research. Fingers crossed!

Been hooked on grad school reading, so now that I’ve been freed from its reins, I’m going on a catchup spree. I just finished Rebecca Roanhorse’s Trail of Lightning and Martha Wells’ All Systems Red, both stellar books in my opinion. Currently open on my bedside table are City of Brass by S.A. Chakraborty and The Black God’s Drums by P. Djeli Clark.

On my TBR list are Jade City by Fonda Lee, Empire of Sand by Tasha Suri, Witchmark by C.L. Polk, The Black Tides of Heaven by J.Y. Yang, and The Black Company by Glenn Cook. In nonfiction, I’m mostly doing research, and reading on travel in the Middle Ages. Also watching a PBS documentary DVD on ancient African civilizations.

Honestly? None. I’m one of those big fans of, “Read whatever, whenever, however.” I’ve learned so much by reading so widely that I barely ever want to ask people to read things. Also, as someone who grew up in a colonized nation, being recommended books from a very white canon all my life, I think book recommendation might’ve become a sort of sore spot for me.

But if you asked me to recommend one movie I’ve seen in the last five years? I’d say go see Mad Max: Fury Road and be blessed. 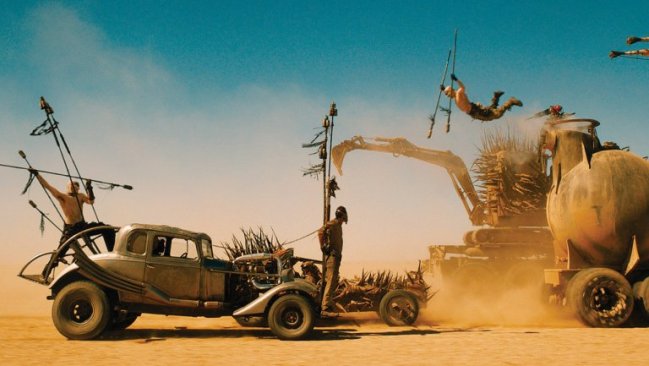 I barely speak about sports in public, but in truth I play football every other week, and I’m a big supporter of Tottenham Hotspur (Go Spurs!). I don’t have as much of a religious relationship with football as many Nigerians do, though.

The Writing Excuses 2019 Cruise in September. I got a Carl Brandon scholarship to be on the ship, sailing from Texas through the Cayman Islands, Jamaica, Mexico and back, while writing, taking workshops, participating in talks and hanging out with some of the coolest people in the biz. There’ll be a live recording of the podcast too. Can’t wait!

Suyi Davies Okungbowa’s Mogo, Godhunter is due to be published by Abaddon Books in North America and in the UK, on July 9th, 2019.

One thought on “Interview with SUYI DAVIES OKUNGBOWA”