Let’s start with an introduction: Who is George Mann?

Hello! I’m a novelist and scriptwriter, based in the East Midlands, and I’ve been writing professionally for over ten years now. I’m a former publisher and, before that, a bookseller, so I’ve always been lucky enough to work with books.

Your next novel, The Revenant Express, will be published by Titan in February. The fifth book in your Newbury & Hobbes series, it also marks the 10th anniversary of the series. Congratulations! How would you introduce the novel and series to a potential reader?

Thanks! The Newbury & Hobbes series is very close to my heart. I see it as a Victorian Fantasy/Mystery series, with a little dash of the occult. Anyone who likes the idea of a lovechild of Steed & Peel from the Avengers, Hammer Horror, Sherlock Holmes and Doctor Who should find something to enjoy in the stories!

The new novel, The Revenant Express, follows agent for the Crown Sir Maurice Newbury as he takes an epic train journey to St. Petersburg to fetch a clockwork heart from Faberge, which he’s hoping will be enough to save the life of his partner Veronica, who was mortally wounded at the end of the previous book. The story of what happens on the train interweaves with a case from a few months earlier, back in London, so we’re following both threads and seeing how they come together. 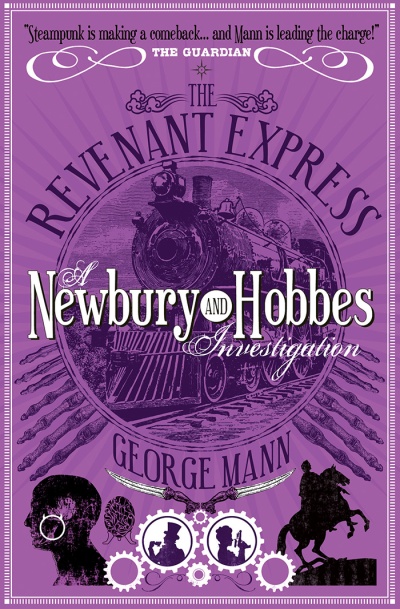 What inspired you to write the novel and series? Ten years on, any thoughts about how the series has developed and evolved? Lessons learned, that sort of thing?

I think I’ve mentioned some of my inspirations above, and they all definitely played a part. I really wanted to write a series that encapsulated everything I love, and that had a flexible enough format that I could tell lots of different sorts of stories. For The Revenant Express in particular, it’s been inspired by all of those great adventure/mystery stories that take place on sleeper trains, not least Murder on the Orient Express and the movie Horror Express.

In terms of lessons learned, there are a few, not least how I’ve developed as a writer over the years. I’ve learned to trust myself a lot more, to not hold back if the story wants to go in a particular direction, to let the weirdness out. I used to be scared I’d take the fantasy elements too far, but people really seem to respond to them when I do, so these days I’m a lot more relaxed about it.

I think it’s also become clear that the heart of the series is Veronica and her story. She’s really become the centre point, the character around whom everything else revolves. I’d never really intended for that to happen, but it’s clear to me now that’s how it always has and should have been. 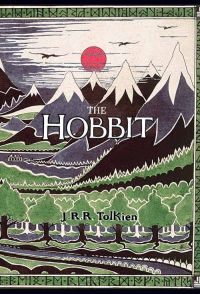 My parents used to read to me from a very early age, and before I was six I’d had The Hobbit, The Chronicles Of Narnia, The Weirdstone Of Brisingamen. Before that, even, there was The Magic Faraway Tree and Pippi Longstocking. So genre has always been part of my make-up. The world doesn’t make any sense without it.

I feel incredibly lucky to be able to make this profession my life. It’s a dream job. It’s hard work, and tiring, and there are moments when I struggle with it, but then I step back and remember how lucky I am.

They seem to change over time. These days I tend to start the day with at least half an hour’s reading after breakfast, before launching into the day’s words. Increasingly I draft on a ‘distraction free’ machine (a Neo Alphasmart), tapping away until I reach a good point to stop, and then uploading the words to the desktop. This is usually a rough first draft, and later I’ll come back to it and rework it all. I work until teatime and then, if I’m really deep in a book, I’ll do another session in the evening too.

I’ve always written, but I think it was around the age of 18-19 that it really became a proper goal for me. For a long time, I wanted to write a big, epic science fiction novel, but I just wasn’t ready for it and kept floundering, and almost gave up. Then a friend suggested I just do something for myself, to remind me why I love writing, and that’s when the first Newbury & Hobbes story was born. So yeah, I do look back on that fondly, and it’s a real cautionary tale for me — to remember to write what I love.

I think the genre is in fabulous shape, and there’s SO MUCH great stuff being published. I love how diverse everything is becoming, giving us the whole gamut of human experience, and it’s refreshing that books are becoming less easy to pigeonhole, too.

I think my work fits in a few different places, really. The Newbury & Hobbes books tend to be thought of as Steampunk, whereas the Wychwood novels are modern crime stories with a pagan/supernatural twist. I think at the heart of all my books is a sense of fictional mythology — that’s something I’m perpetually fascinated by.

I’ve got more Newbury & Hobbes to come, both in prose, and in the form of the new graphic novel (collecting the recent comic series). I’ve got a couple of new original comic series in the works, too, and I’m planning to tackle a new novel series this year too.

I’m also working on a Newbury & Hobbes board game with the wonderful folk at Needy Cat Games, and we’ll be telling people more about that in the coming months. It’s VERY exciting, though.

I’ve just read Martha Wells’s Murderbot Diaries, which are stunning, and I’m currently burning my way through all of the Malazan books by Steven Erikson and Ian C. Esslemont. Next up I’m planning to return to Peter Robinson’s DCI Banks series and Ann Cleeves’s Shetland books.

It’s a good question, and there are plenty of contenders, books that have had a massive impact on me over the years. I think the winner, though, would be The Dark is Rising by Susan Cooper. It’s just a marvellous, clever, funny, emotional book, and in my opinion, probably the best fantasy novel ever written.

I once fell down an open manhole.

Working on something new. Reading more of the Malazan books. Watching the new Spider-Man movie with my kids. Getting out into the countryside with my dog. Hearing my son play guitar, and watching my daughter perform on stage. New Star Wars. San Diego Comic Con… there’s a lot of stuff to look forward to this year!

George Mann’s The Revenant Express (out tomorrow) and other Newbury & Hobbes novels are published by Titan Books in the UK and US.