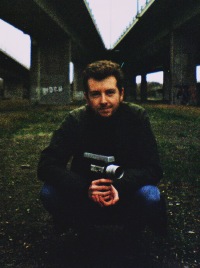 Let’s start with an introduction: Who is Adam Scovell?

I’m a writer and filmmaker from Merseyside now living in South London. I’m a Doctor of music but I’m more known for writing about film and literature, as well as sometimes making short films on super-8 when money is available.

Your new novel, Mothlight, will be published by Influx Press in February. It looks rather intriguing: How would you introduce it to a potential reader?

I’d say Mothlight is an unusual story of obsession where a narrator’s mania is told through photographs and ghosts. It’s an analogue haunting where avoidance of the present becomes an addiction, even a compulsion, and where a sense of the self becomes porous and unstable.

I’ve been interested in experimenting with both the use of photography in fiction, and in general pushing the first person voice as a form. So I inherited a box of photographs of a single life and began forming this story as marked by the photographs. Mothlight evolved slowly out of that process.

It was definitely the Target novelisations of Doctor Who, especially The Space Museum by Glyn Jones and Fury From The Deep by Victor Pemberton. Both of those had such startling use of language, the latter especially terrified me. I wish they were more widely read as they’re genuinely good examples of interesting genre writing. After that, it was probably The Owl Service by Alan Garner that moved me forward until, in genre terms at least, I was eventually reading stuff by J.G. Ballard, M.R. James and H.G. Wells.

It can be tough but rewarding. I make my living solely from writing now which can be pretty nonstop. But as long as I can scrape by, I’m infinitely happier than being in a more typical job. I’m off in search of the locations from the Ealing film Passport To Pimlico this week for an article and I guarantee that it’s more interesting work than being sat in an office.

I often work with photographs whose finding comes before the writing, or at least augments the form of the ideas already set and fit within the narrative. There’s generally a lot of research, especially in regards to the specific theoretical ideas that underpin the writing and then it becomes about fitting in these fictional ideas into more interesting forms and styles of writing.

I’ve been writing fiction for longer than anything else I’ve done yet it has been the thing I’ve been the least confident in sharing. I used to write my own Doctor Who tie-in fiction as a child (my favourite that I can recall being a story about the Yeti invading a research base in the North Pole) and then slowly worked my way towards writing fragments and shorts about Merseyside in my teens after obsessing over James Joyce’s Ulysses until finally beginning to write these more manic, experimental things whilst working on my PhD.

I tend to see my nonfiction work as dealing with genre more than my fiction. My fiction certainly borrows things from it, but also situates it in a very different context; closer to literary or experimental fiction than to the more usual genre forms. I also lean more towards genre in film than I do in literature. I think the really good stuff comes in film and television.

I’m currently in the editing stages of the next two novels. The first is called How Pale The Winter Has Made Us and is about a young woman who becomes strangely obsessed with the French city of Strasbourg and its history after she hears news of her father’s suicide. That’ll be published by Influx Press too at some point next year. The other is a mash-up of auto-fiction and weird-fiction called Nettles, where a younger version of me gets revenge on the school bully via contact with an apparently sentient marshland on Merseyside, whilst also dealing with parental breakup and issues of class and masculinity.

The Hearing Trumpet by Leonora Carrington.

The Rings Of Saturn by W.G. Sebald. 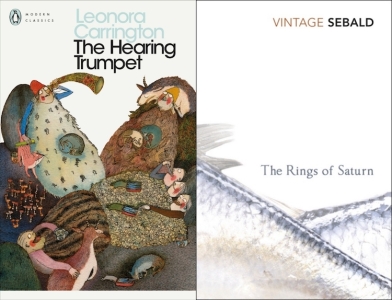 I recorded an ident with Sylvester McCoy for a Doctor Who night (1998) on BBC Choice when I was nine. It was, however, cut because Colin Baker and Brian Blessed were off to the side being drunk and loud. So I heard my first proper swearing from Brian Blessed.

Trump’s probable impeachment and the new film by Joanna Hogg.

Adam Scovell’s Mothlight is out next week (February 7th), published by Influx Press. Here’s the synopsis:

Phyllis Ewans, a prominent researcher in lepidoptera and a keen walker, has died of old age. Thomas, a much younger fellow researcher of moths first met Phyllis when he was a child. He became her carer and companion, having rekindled her acquaintance in later life. Increasingly possessed by thoughts that he somehow actually is Phyllis Ewans, and unable to rid himself of the feeling that she is haunting him, Thomas must discover her secrets through her many possessions and photographs, before he is lost permanently in a labyrinth of memories long past. Steeped in dusty melancholy and analogue shadows, Mothlight is an uncanny story of grief, memory and the price of obsession.

2 thoughts on “Interview with ADAM SCOVELL”