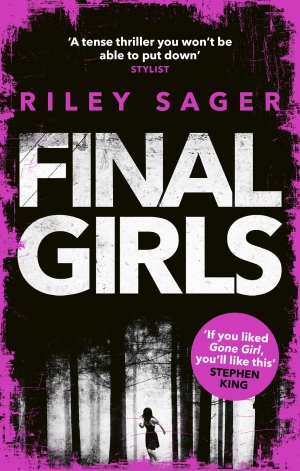 Riley Sager‘s Final Girls has been racking up some impressive fans: Stephen King called it “the first great thriller of 2017”; Karin Slaughter called it “terrific”; Lisa Gardner called it “the best book of 2017”; and Whoopi Goldberg called it “Fantastic” — to name but a few. Today, I have an excerpt from the novel, to whet your appetite. But first, the synopsis:

The media calls them the Final Girls – Quincy, Sam, Lisa – the infamous group that no one wants to be part of. The sole survivors of three separate killing sprees, they are linked by their shared trauma.

But when Lisa dies in mysterious circumstances and Sam shows up unannounced on her doorstep, Quincy must admit that she doesn’t really know anything about the other Final Girls. Can she trust them? Or can there only ever be one?

All Quincy knows is one thing: she is next.

Final Girls is out now, published by Ebury in the UK, and Dutton in the US.

The forest had claws and teeth.

All those rocks and thorns and branches bit at Quincy as she ran screaming through the woods. But she didn’t stop. Not when rocks dug into the soles of her bare feet. Not when a whip-thin branch lashed her face and a line of blood streaked across her cheek.

Stopping wasn’t an option. To stop was to die. So she kept running even as a bramble wrapped around her ankle and gnawed at her flesh. The bramble stretched, quivering, before Quincy’s momentum yanked herself free. If it hurt, she couldn’t tell. Her body already held more pain than it could handle.

It was instinct that made her run. An unconscious knowledge that she needed to keep going, no matter what. Already she had forgotten why. Memories of five, ten, fifteen minutes ago were gone. If her life depended on remembering what prompted her flight through the woods, she was certain she’d die right there on the forest floor.

So she ran. She screamed. She tried not to think about dying.

A white glow appeared in the distance, faint along the tree-choked horizon.

Was she near a road? Quincy hoped she was. Like her memories, all sense of direction was lost.

She ran faster, increased her screams, raced toward the light.

Another branch whacked her face. It was thicker than the first, like a rolling pin, and the impact both stunned and blinded her. Pain pulsed through her head as blue sparks throbbed across her blurred vision. When they cleared, she saw a silhouette standing out in the headlights’ glow.

Quincy quickened her pace. Her blood-drenched arms reached out, as if that could somehow pull the stranger closer. The movement caused the pain in her shoulder to flare. And with the pain came not a memory, but a realization. One so brutally awful that it had to be true.

All the others were dead.

She was the last one left alive. 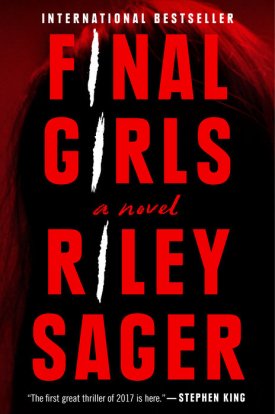 My hands are covered in frosting when Jeff calls. Despite my best efforts, the French buttercream has oozed onto my knuckles and in the hammocks between my fingers, sticking there like paste. Only one pinkie finger remains unscathed, and I use it to tap the speakerphone button.

“Carpenter and Richards, private investigators,” I say, imitating the breathy voice of a film noir secretary. “How may I direct your call?”

Jeff plays along, his tough-guy tone pitched somewhere between Robert Mitchum and Dana Andrews. “Put Miss Carpenter on the horn. I need to talk to her pronto.”

“Miss Carpenter is busy with an important case. May I take a message?”

“Yeah,” Jeff says. “Tell her my flight from Chi-Town has been delayed.”

“Sorry, hon. The perils of flying out of the Windy City.”

“How long is the delay?”

Final Girls is out now, published by Ebury in the UK, and Dutton in the US. Sager’s next novel, The Last Time I Died, is due out in 2018, also from Ebury and Dutton. 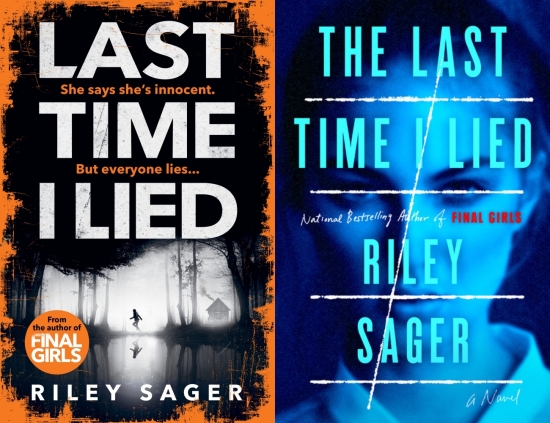