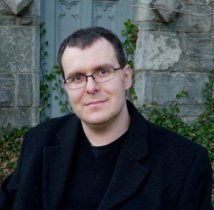 Welcome back to Civilian Reader. For new readers, let’s start with an introduction: Who is Django Wexler?

Hmm. Fantasy novelist, games enthusiast, student of history and economics, once and future programmer, cat wrangler. Something like that?

Your latest novel, The Infernal Battalion, will be published by Ace in January. It’s the fifth novel in your Shadow Campaigns series. How would you introduce the series to a new reader, and what can fans of the first four books expect from this new novel?

The Shadow Campaigns is military fantasy set in a Napoleonic world – muskets, cannon, cavalry, and subtle and hidden magic. It follows the spectacular career of Janus bet Vhalnich, a young officer who rises fast amidst a revolution, focusing on the men and women who follow him and where their loyalties truly lie.

It’s hard to tell people what to expect from book five without spoiling the first four! But this is the finale I’ve been planning for six years now, so lots of characters and plots coming together.

What inspired you to write the series? And where do you draw your inspiration from in general?

I get inspiration from all kinds of places, but the most common are other fiction and history. This series is sort of a combination of both – I knew I wanted to so do something vaguely like A Song of Ice and Fire, in the sense of a fantasy with a very grounded historical context and low magic, but I didn’t want to use the usual knights-and-castles setting. At some point I was reading a history of Napoleon, and thought that there was a chance for something really interesting there. A lot of my writing comes from stuff like that – thinking “I want to try a very specific element of X”, and combining that with other ideas and historical detail.

I honestly don’t remember! I’ve been reading SFF since I was very young, and it’s always attracted me. I started out with more of the Golden Age SF, and drifted more and more into fantasy as I got older.

Mostly I love it. It has its ups and downs, like any job, but on the whole I think there’s nothing I’d rather be doing, and I’m really lucky to be able to support myself doing it. I get to work with really great people, and I’ve made tons of friends on the convention circuit and elsewhere.

Hmm, I do, but I think they’re not particularly unique! I write in my office, sitting on my couch with my laptop. I do most of my non-writing work and play on a desktop, so that gets me away from that mode of thought and into a more creative mode. Research-wise, I really just read a lot. Typically if I have a subject I’m actually planning to do work on, I’ll use Wikipedia and look at the sources to figure out what the “standard” books on the topic are, buy those, and read them; then branch out from their bibliographies if I need more. More often, though, I end up just reading stuff for fun and putting details into books years later!

I knew I wanted to write *something* from a fairly young age – 16, maybe. Before that I’d been playing a lot of RPGs and GMing a lot, and I wanted to do bigger stories than that really allowed. I wrote a bunch of short fiction and novellas, then a novel and some fan fiction. Some of it I even still like! But it wasn’t until the last year of college that I really thought about trying to get published, and even then I was pretty sure I was going to have to be a programmer as a day job indefinitely.

The genre is in a really interesting place at the moment, and I’m really happy about it. Fantasy, in particular, I think is expanding rapidly, opening up to stories beyond what the “standard” mode that was dominant when I was young. It’s more diverse in all kinds of way – authors and characters, settings and plots, really any axis you can think of. There’s still a lot of work to do, of course! My little bit is stories that don’t use medieval Europe as a basic template – there is *so much* history that gets ignored, both time-wise and place-wise. I am hardly the only one trying this, of course! 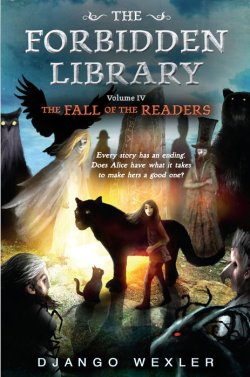 Always! So, in addition to The Infernal Battalion, I just had the release of The Fall of the Readers, the conclusion to my middle-grade fantasy series. With those two wrapped up, I’ve got two new series in the works – a YA from Tor and an epic fantasy from Orbit. I’m currently working on editing the former (it should be out next year, or maybe January 2019) and getting ready to write the latter in the first half of next year.

Fiction, I just finished NK Jemisin’s The Fifth Season, which I loved and have been meaning to get to for years.  I’ve got the rest of that series on order. I also recently enjoyed Nicholas Eames’ Kings of the Wyld and Jonathan French’s The Grey Bastards. Non-fiction wise, I’m reading Adrian Goldsworthys’ Pax Romana – as always, he’s a great writer.

Oof, I’m going to have to take a pass on that one! I can’t narrow it down past, like, fifty. Honestly I try to give recommendations based on what I think people might like, rather than just pushing my favorite stuff on them, although of course I do a bit of that too!

Django is my real name! I get a lot of “oh, you have the best pen name!” and I tell people they have to thank my parents, I can’t take credit.

As of this writing, the new Star Wars movie looms large! The release of The Infernal Battalion is going to be great, too, I’m so excited to get to show people the end of this thing I’ve worked on for so long. After that, it’s going to be great to start this epic fantasy project – I have an outline and a pitch, and I’m psyched about the idea, so actually writing it should be a lot of fun.

Also on CR: Interview with Django Wexler (2013); Guest Post on “Terry Pratchett: An Appreciation”; Reviews of The Thousand Names and The Penitent Damned