Let’s start with an introduction: Who is Chris Brookmyre?

I am a writer from Glasgow, Scotland, author of twenty-one novels, eighteen of them crime thrillers. My novel Black Widow won the 2016 McIlvanney Prize for Scottish Crime Novel of the Year and in 2017 was named Theakstons Old Peculier British Crime Novel of the Year. As well as writing books, I collaborated with videogame developers RedBedlam to adapt my 2013 novel Bedlam into a first-person shooter that was released in 2015 on PC, PS4 and Xbox One.

Your latest novel, Places in the Darkness, has recently been published by Orbit. It looks really interesting: How would you introduce it to a potential reader?

It is a thriller in the tradition of the great Shane Black movies like Lethal Weapon, The Last Boy Scout and Kiss Kiss Bang Bang, about two mismatched investigators forced to work together, but with two major differences. One is that the buddy cop duo are both women, and the second is that the whole thing takes place aboard the Ciudad de Cielo (City in the Sky), a space station where 300,000 people live and work developing what would be the Earth’s first interstellar craft. It is a place where ambitious scientists and engineers go to work on cutting edge technology, but also where many people go to escape the things that went wrong in their lives back on Earth. The city’s private police force boasts that there has never been a murder aboard (though they do have a liberal interpretation of what constitutes an accidental death), but that changes when a dismembered body is found floating in zero-gravity. 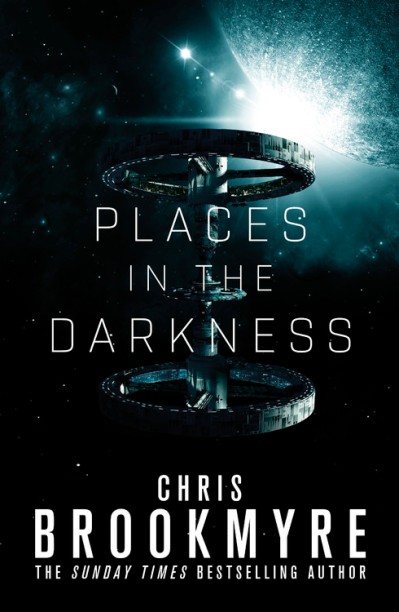 You’re best known for your contemporary crime fiction, and I believe this is your first sci-fi novel. What inspired you to write the novel?

Places in the Darkness is technically my third SF novel, preceded by Bedlam and the horror novel Pandaemonium, but these two remain unpublished in the US. Places is also the first novel I have set in space, so I guess it’s my first full-on hard sci-fi work.

I was intrigued by the idea of somewhere that is at the cutting edge of human achievement and yet also permanently on the edge of existence, with only a few inches of metal between life and instant death in the cold vacuum of space. I also wanted to explore the ways in which technological advances might alter human behaviour, and more importantly the ways in which they would not.

Where do you draw your inspiration from in general?

I am seldom aware I am being inspired at the time it is happening, only in retrospect. I once took part in a talk alongside a neuroscientist who said that it is a myth that we ever have a single spark of an idea; rather, we are constantly having ideas, and we select the ones that serve us while rejecting those that don’t.

Growing up in a time before YA fiction, I went straight from young children’s books to Douglas Adams’ Hitch-Hiker’s Guide to the Galaxy, and to Ian Fleming and Robert Ludlum. My notion of adult fiction was built on those sorts of books: outlandish and exciting stories, combined with warped humour.

I have been writing full time for twenty-two years, and can’t imagine wanting to do anything else. I never lose sight of the fact that I get to make my living doing something I would feel compelled to be doing anyway.

I do a lot of walking, and sometimes running. I find that ideas flow when I am in motion, so I walk around a lot, dictating into my phone, then transcribe and expand upon it when I get back to the house. I work on broader story ideas when I am running. There is an eleven-kilometer loop that I run once or twice a week, and by the end of it I usually have a breakthrough in what I working on.

I wanted to be an author from pretty much the age when I could write sentences. I began writing stories for my own amusement, and that has remained a guiding principle of my work. If I’m not enjoying writing it, chances are nobody is going to enjoy reading it.

I have never thought much about the definitions or taxonomy of genre, which is why I had no reservations about splicing the crime and SF genres in writing Places in the Darkness. In this respect I have perhaps been served well by my own ignorance, because when I won the First Blood Award for my debut, Quite Ugly One Morning, I was praised for subverting the conventions of the genre. Truth was, I didn’t know what those conventions were.

Places in the Darkness is actually the second novel I have published this year. The first was The Last Hack (published in the UK as Want You Gone), a thriller about hacking that features my recurring investigative journalist character Jack Parlabane. I have just finished co-writing a historical crime novel set in Nineteenth-Century Edinburgh, and am about to start work on the next Parlabane novel.

Right this moment I am on a plane from Shetland to Glasgow, and when they tell me to put my laptop away for landing, I will be returning to Susannah Gora’s book You Couldn’t Ignore Me If You Tried, which is all about John Hughes and the Brat Pack movies, a major enthusiasm of mine. 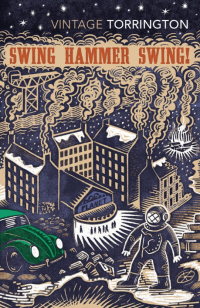 Swing, Hammer Swing by the late Jeff Torrington, which is like the spirit of my home city distilled to its essence. It is about dealing with change, about the end of old certainties and the promise of new beginnings, and it is perhaps the funniest book I have ever read.

I am a cinephile who has nonetheless never seen several of the perceived classics of the medium: Citizen Kane, Gone With the Wind, Casablanca.

I sing with the Fun Lovin’ Crime Writers, a band also featuring novelists Mark Billingham, Doug Johnstone, Stuart Neville, Val McDermid and Luca Veste. We have been invited to play at several book festivals next year, and I consider this the single biggest perk of my writing career.

Chris Brookmyre’s Places in the Darkness is out now, published by Orbit Books in North America and the UK.