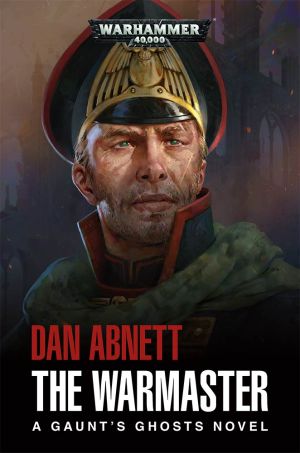 The Warmaster, the long-awaited fourteenth novel in Dan Abnett‘s Gaunt’s Ghosts series will soon be available! The series that did a hell of a lot to kickstart Black Library’s WH40k fiction range, not to mention establish so many norms and elements of the WH40k fictional universe. I’ve read all of the novels so far, and I’m interested to see what it will be like returning to the characters after so long. (It feels like an age since the last novel, 2011’s Salvation’s Reach.) Anyway, here’s the synopsis:

The Tanith First dispatched to defend the forge world of Urdesh against the armies of Anarch Sek.

After the success of their desperate mission to Salvation’s Reach, Colonel-Commissar Gaunt and the Tanith First race to the strategically vital forge world of Urdesh, besieged by the brutal armies of Anarch Sek. However, there may be more at stake than just a planet. The Imperial forces have made an attempt to divide and conquer their enemy, but with Warmaster Macaroth himself commanding the Urdesh campaign, it is possible that the Archenemy assault has a different purpose – to decapitate the Imperial command structure with a single blow. Has the Warmaster allowed himself to become an unwitting target? And can Gaunt’s Ghosts possibly defend him against the assembled killers and war machines of Chaos?

The Warmaster is due to be published by Black Library in December.