Let’s start with an introduction: Who is Jane O’Reilly?

I used to describe myself as a housewife with a laptop, but I suppose at this point that doesn’t cut it anymore! I’m a novelist living near London, though I’m originally from much further north. I’m a parent, a redhead, and a frequenter of museums. I have endometriosis. I like Captain America and biscuits.

Your new novel, Blue Shift, will be published by Piatkus. It looks rather interesting: How would you introduce it to a potential reader? Is it part of a series?

Blue Shift is the first in a trilogy. It’s space opera, heavy on the adventure and light on the hardcore science, so it’s for readers looking for something fun and entertaining. It will also work for anyone who avoids science fiction because they find it heavy going – you won’t feel like you need a degree in physics to follow the plot. It’s about a genetically modified woman who uncovers an intergalactic conspiracy and has to work with a man who has plenty of secrets of his own in order to survive the aftermath. There are space pirates and aliens and explosions. Deep Blue, the second book in the series, will be released in June next year and I am already so excited about it. 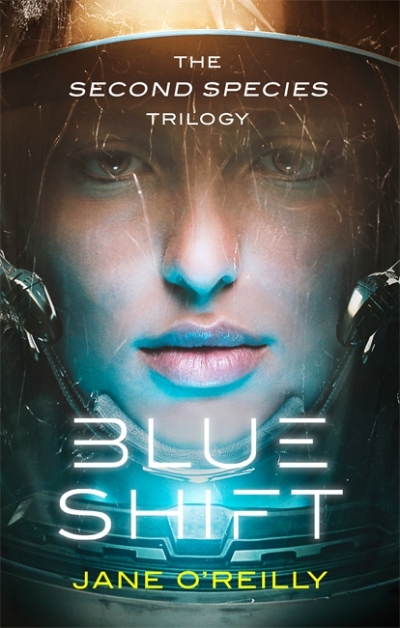 When I first started writing the book, I had been writing in another genre for a while, and I was looking to step out of that genre and also to tackle a much bigger project than I had previously, both in terms of word count and complexity. I’d wanted to write something with world building and adventure and aliens for a long time. The idea for Blue Shift came to me when I was marking an A-level paper with a question about naked mole rats, which are the most astonishing creatures. In order to dig with their teeth but not get a mouthful of dirt, they’ve evolved in such a way that their teeth grow through their top lip without causing infection. Scientists were investigating how the rats do this in the hope that their findings could be used in the creation of prosthetic limbs that could be grafted directly to bone. That got me thinking about how medicine and the human body will work together in the future. That gave me my heroine, Jinnifer Blue, and everything else just grew from there.

I think, like most people, it started in childhood at the library. I was a voracious reader as a kid, getting through a book a day, and the library not only provided an endless supply of books, it gave me access to all sorts of books that we didn’t have at home. From sneaky reads of romances to heart pounding ten minute sessions with horror, it showed me that there are no limits when it comes to fiction.

I really like being a writer. I’m very independent and enjoy my own company so writing for a job ticks all those boxes. The publishing industry is tricky. It’s a very competitive business, but also quite a strange one, as it works at a pace all of its own. You can wait a year to hear about a submission then be asked to revise it in two days. One thing I do like about publishing is how many women work in the industry.

I do most of my writing during the day when my kids are at school, so as soon as I’ve finished the school run, I sit down to work. I try not to read the whole of the internet first and aim to write 3,000 words a day when I’m working on a first draft. I then do a lot, and I mean a LOT of editing. The number of drafts runs well into double figures and I usually end up having to scrap and rewrite a big chunk of the manuscript.

I initially had an idea that I could be a writer as a teen, but it didn’t go anywhere. I always loved creative writing at school and I was good at it. The dream was derailed somewhat by an A-level English teacher who said that creative writing wasn’t something that could be taught and so for the two years of the course, we didn’t do any. It wasn’t until I was in my early 30’s and at home with two young children that I started again. I wrote a gothic horror, with ghosts and lots of death. I have no idea why and it was absolutely terrible. Fortunately it’s lost on my laptop somewhere.

I think that science fiction is and has always been a very broad and exciting genre. It’s about possibilities, what could be rather than what is, and that is something that is incredibly important. We’re also seeing a new wave of female science fiction writers exploring how women will fit into future society, with writers like Ann Leckie. Blue Shift fits in alongside the work of writers like Elizabeth Moon and Claudia Grey. It has its roots in books such as the John Carter series, in that it’s an entertaining space romp, and projects a future in which women have power and opportunity.

At the moment I am working on the final book of the trilogy, provisionally titled Blue Planet. Once that’s finished I have another book in the pipeline about a woman who discovers that her next door neighbour is an alien and Earth is about to be invaded. As you do.

At the moment I’m reading the StarDoc series by S.L. Viehl, which is a space opera about a young female doctor and her adventures as she tries to get along with lots of different alien species, and I’m re-reading Save the Cat by Blake Snyder. It’s a must for any writer.

The book I find myself recommending most often is Star of the Morning by Lynn Kurland, which is a wonderful fantasy. The two other books in the series, the Mage’s Daughter and Princess of the Sword are just as good and tell the most beautiful love story. 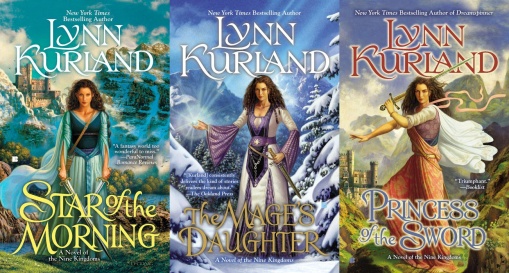 I knit a lot of socks.

I’d have to say the publication of the second book in the trilogy, Deep Blue, which will be out in June next year, and of course the Last Jedi. I went to see both Force Awakens and Rogue One on Christmas Eve, so if you’re looking for me on Christmas Eve this year, you know where I’ll be.

Jane O’Reilly’s Blue Shift is published by Piatkus in the UK.