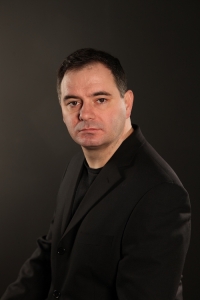 Whilst I don’t like to stereotype, I’m going to assume that if you’re reading this then there’s a fair chance you’re familiar with the sitcom The Big Bang Theory. In one of the earlier episodes Penny asks Leonard “What did you do today?”, to which he responds, “Well, I’m a physicist, so I, y’know… thought about stuff.” Although I wouldn’t want to imply that the complexities of writing fiction are of a similar order to particle physics, writers, like physicists, do spend a considerable amount time thinking about stuff. When it comes to inspiration thinking time is crucial. When I count all the stories I actually wrote, compared to those I thought about writing, I come up with a ratio of approximately one in ten, i.e. only about 10% of my ideas actually turn into stories and then only after a lengthy period percolating in the confused teapot of my imagination.

But in order to think about stuff, you actually have to have stuff to think about. Ideas are not magical beings that spring fully formed from the ether, but are more akin to trees that grow from varied, hybridised seeds. Simply put, to have output you have to have input, and input can come in all shapes and sizes. When I think about all the different seeds that combined to give birth to the tree that became my first novel, Blood Song, I come up with a very long list that includes movies, comics, television — both drama and documentaries — as well as many, many books.

The dreaded “Where do your ideas come from?” question that bedevils all writers is often asked with the expectation that the writer will reply with a compelling, perhaps amusing anecdote concerning the exact moment the entirety of their most recent novel arrived fully formed in their head, requiring only a few hours typing before taking actual form. On those rare occasions when I experienced what might be called ‘a flash of inspiration’ and immediately started writing, in every single case I came to a grinding halt very shortly afterwards because I realised what I had was just an idea, not a story. Ideas are in fact quite easy to come by, as demonstrated in Robert Altman’s Hollywood satire The Player. In one scene Peter Gallagher’s odious film executive goes through the day’s newspaper headlines effortlessly generating one script idea after another in an effort to demonstrate what he sees as the over-valued role of screenwriters. In short, ideas are easy stories are not, but you can’t have one without the other.

I tend to think that you don’t find inspiration, it finds you. But that doesn’t mean you shouldn’t go looking for it, which begs the question of where to look. The short answer is “everywhere”. First of all read. A lot. Read books, read comics, read magazines, read newspapers, read blogs, read anything and everything that captures your interest, however fleetingly. The more information circulating in your brain the more likely it is to spark an idea and ideas lead to stories. All of my fiction would never have been produced but for the frankly staggering amount of reading material consumed over the course of my life. At the time of writing I recently completed a house move during which I discarded at least half the books in my library. I was ruthless, sometimes painfully so — You’re never going to re-read this and the charity shop may get a couple of quid for it, be a man, put it in the donations box and stop blubbing! Despite all this I still find myself in a new home with woefully inadequate shelf-space to accommodate all the books I didn’t throw out. The fact is if you’re going to be a writer you have to be a reader, and a serious one at that. 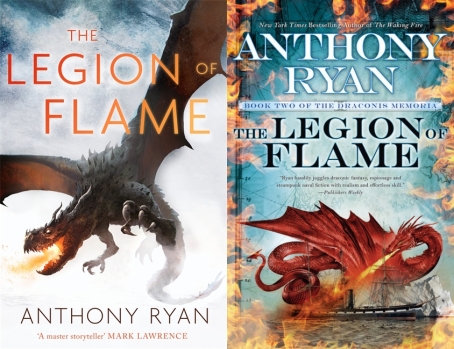 I’ll assume anyone reading this will already be fairly familiar with most fantasy genres, which is probably what made you want to be a writer in the first place. You’ll find a list of recommended fantasy titles on my website — feel free to work your way through each and every one, if you haven’t already. When you’ve done that do yourself a big favour and leave the fantasy genre alone for a while. Read a different genre like crime, thrillers or (gasp) literary. Challenge yourself to read a genre you would never normally consider. Reading outside your chosen genre is a valuable method of generating ideas as well as learning new techniques. Crime writers are often very strong plotters and make a virtue of distinctive central characters. Thriller writers tend to be really good at action, pace and structure, as well as understanding the importance of research. I’m not going to pretend to read much literary fiction, a genre about which I tend to be very choosy, but it can teach you a lot about effective prose and the value of breaking with convention — it doesn’t always have to be “he said/she said”, as anyone who’s read Cormac McCarthy will know.

Moving on from fiction I think it’s vital for writers to read non-fiction, especially history. Suffice to say that if you want to write fantasy, secondary world fantasy in particular, and don’t read history, you really need to start. Of course, your non-fiction reading shouldn’t all be historical. Science is important to fantasy authors as well as sci-fi authors. There are plenty of popular science books which do a great job of introducing the novice to the fundamentals of a complex subject — see the works of Philip Plait and Mary Roach. A basic understanding of economics and politics wouldn’t hurt either. Remember this is reading for inspiration, not research which is a different subject. This is my advice on how you should structure your daily reading habit in order to maximise the chances of inspiring a story. Have fun, explore various non-fiction genres, choose titles that interest you, avoid the boring ones and you’ll stay interested as your knowledge base expands. Trust me, it’s all going to be useful one day.

Of course inspiration doesn’t only come from reading. When I think about it I can trace a large number of my ideas back to movies, television, radio and, increasingly, podcasts. One of the key elements in conceiving the world of my latest series, The Draconis Memoria, was listening to the excellent Revolutions Podcast by Mike Duncan. I’ve also long nurtured an addiction to television documentaries, especially history and science. The political, technological and industrial aspects of the Draconis world owe a considerable debt to a number of BBC documentaries on the industrial revolution and the Enlightenment. The series also draws from such disparate sources as the James Bond movies, the westerns of John Ford, the adventures of Indiana Jones and the X-Men franchise. The lesson to take from all this is that seeking out a wide variety of sources is important in crafting a fantasy world, be it a secondary world or a variation of the real one. The more complex and disparate your inspiration the more interesting your world will be.

Anthony Ryan‘s The Legion of Flame is the second novel in Ryan’s well-received Draconis Memoria fantasy series, published by Orbit Books in the UK, and Ace Books in North America. Ryan has also written prequel novella, Sandrunners, which I thought was an interesting intro to this fantasy world. The author’s first trilogy, Raven’s Shadow is also published by Orbit Books.

Claydon Torcreek has survived drake-infested jungles, hostile tribes and the cold touch of betrayal — yet his troubles have only just begun.

The legendary white drake – believed to be nothing more than a myth — has awoken from its long slumber, with a thirst to reduce the world of men to ashes.

One city has already fallen to the drake’s formidable legions. More will follow, unless Clay can uncover an ancient secret that lies buried beneath the southern ice.

Once again Clay must face unthinkable danger, and this time he carries not just the hopes of his own nation, but the fate of the entire world.