Skip to content
HomeGuest Post: “If We Met Aliens Tomorrow, Would We Notice?” by D. Nolan Clark 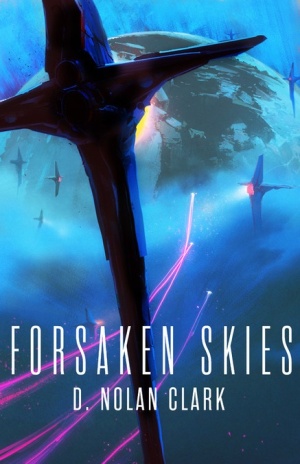 Ever since we realized there were other stars out there — and other planets — we’ve been obsessed with the possibility of extraterrestrial life. Stories of meeting beings from other worlds fill up the box office and the bestseller lists, and pretty much everyone on Earth agrees, there must be life out there somewhere. As years go by with no contact, however, some are starting to wonder why it’s taking so long.

The answer may simply be that like anything involving the huge distances and faint signals of space, meeting aliens is hard. In fact, it’s quite possible we’ve already been contacted — and we didn’t notice. Here are four scenarios that could lead to us missing out on the greatest moment in human history.

1. Aliens came here, but landed in the wrong place/time. It’s possible that an alien spacecraft has already visited Earth, but failed to land on the White House lawn — or anywhere we were monitoring. Life evolved here in the oceans, and took a long time to haul itself up onto land. What if the aliens were water-breathers? What if they landed on the ocean floor, got frustrated trying to talk to octopuses, and left again? Similarly, we know that much of the universe is cold, much colder than Earth. Perhaps the aliens landed in Antarctica, thinking that was the most likely place to find life like themselves. Perhaps an even more likely scenario — if a depressing one — is that aliens came to Earth but they did it ten million years ago. Or seventy million years ago, and they got eaten by dinosaurs.

2. Aliens came here, but they didn’t look like us. Author Seanan McGuire turned me on to this idea. Maybe the aliens came, but they were just spores of a plant-like species. Or they were the size of microbes. Or they were made of a different basic chemistry, like using silicon instead of carbon, and had a much slower metabolism — so we thought they were just weird rocks. We think of life as being one kind of thing, roughly our size, made of water and carbon, capable of using some kind of decipherable language. But alien life is guaranteed to be different from us, maybe in fundamental ways. It would be a real shame if it turned out that the aliens were here all along and we thought they were just some unusual species of mushroom.

3. Aliens came through the solar system, but didn’t stop. Many of the probes we’ve sent out to other planets didn’t actually land on those planets. They stayed up in orbit, where it’s safe, and took pictures, ran tests — and then either kept moving, or burned up in those planets’ atmospheres. If aliens sent a probe to study Earth, it’s possible we wouldn’t even see it. Our ability to detect objects in Earth orbit is far from perfect. We’ve only recently started to chart the orbits of all the asteroids that might collide with Earth. We could easily have missed something as small as, say, the Voyager probes.

4. Aliens are trying to phone us, but we haven’t accepted the call. The distance between stars is enormous — measured in the trillions of miles. Rather than sending a spaceship to Earth, most aliens would probably try to signal us first. Alternatively, it’s possible that we might pick up alien radio signals that weren’t even meant for us — we could be watching their television shows right now. Our ability to pick up such a signal is in its infancy, however. Working for decades, harnessing the power of crowdsourcing, the SETI project has so far only covered about twenty per cent of the sky looking for alien signals. We’re only just now starting to look for laser signals from other stars. Even if we did detect a signal, it would take some very astute scientists to understand that it was a signal and not just a natural phenomenon. Aliens won’t be sending us texts full of emojis, after all. They may not use the same basic linguistic concepts or even number system we do. It’s possible we saw the signal but couldn’t read it.

Fortunately, we’re living in a time when the idea of receiving an alien signal (or a diplomatic delegation) is finally being taken seriously. SETI is redoubling its efforts, and billionaires obsessed with meeting aliens are stepping in to pick up the bill. China is building the world’s biggest radio telescope — called FAST — that will be dedicated specifically to picking up alien signals. It might just be a matter of time before we hear the call. We’ll need to keep our ears open, though—and our minds as well—if we don’t want to miss it altogether.

D. Nolan Clark‘s Forsaken Skies is out now, published by Orbit Books in the UK and North America. For more, be sure to follow the author on Goodreads. “D. Nolan Clark” is a pseudonym for Dave Wellington, who has written many other novels across the SFFH genres.