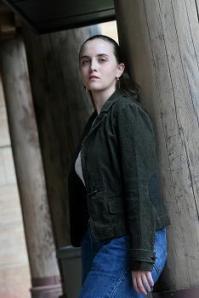 If I had to name one specific story mode I love the most, it would be the closed-arc series.

Other kinds of stories are great, too! A self-contained, single-volume story can pack a hell of a punch, and I’m as susceptible as the next reader to wanting the continuing adventures of my favorite characters, tackling a new puzzle or threat every week. But my absolute favorite is the kind of story that takes place in multiple installments, maybe with a semi-episodic structure, but with an over-arching plot that will wrap up in due course.

The advantages of this form are (in my opinion) legion. Comparing them against the standalone novel: a series has more room to work with, and as a result, can pull off effects that are very difficult to do in a confined space. You can show long-term character development, without short-changing the amount of time and effort required to make that kind of thing plausible. You can lay groundwork and then leave it alone for long enough that the reader forgets about it, until it comes back to punch them in the face. You can make use of recurring motifs, revisiting a particular bit of plot from different angles, so the reader gets a variety of perspectives on it rather than just the one.

Is it possible to do all these things in a single novel? Sure. But it’s a lot harder, and you probably can’t do them all, unless the novel is very big. And even then you lose, or at least weaken, the effect of structure. If Character A does a thing in Chapter 7 and it turns out well and then they do it again in Chapter 14 and it turns out badly and then they learn a lesson and do something else entirely in Chapter 21, that can work. But how much clearer is the effect if those contrasting actions happen at the ends of books one, two, and three of a trilogy?

In the other direction, we can compare this to a more episodic series — the kind of thing you often see with police procedurals and the like on TV. Those are fun (and can have the opportunity to ring in the changes or show long-term development like I’ve described), but for me, they’re often missing that feeling of payoff. I like the sense that the story is about more than just a sequence of days in the lives of the main characters, that the whole is more than the sum of its individual parts. Often this means defeating some grand threat, but it doesn’t have to take that form; it just needs a sense that the beginning of the story made a promise, and the end has delivered on it.

I crave that payoff, not just as a reader, but as a writer. With the Memoirs of Lady Trent, I’ve spent five years with my protagonist, sending her to all the corners of her globe. Her story has an episodic aspect to it — each expedition in a different land, with different dragons to study — but there has always been an arc, a journey to more than just a new destination every book. It’s been a sheer pleasure to chart Isabella’s growth through the series, going from an unconventional young woman to an internationally renowned expert in her field. She doesn’t just study a new kind of dragon in each place; her knowledge builds on what she’s learned before. There’s a mystery aspect to it: not a dead body and a killer to be found, but a scientific puzzle to be solved, the reason for Isabella’s fame revealed step by step to the reader.

Doing things that way isn’t easy. You’re bound by the decisions you made years ago; you can’t go back and tweak something in book one just because you thought of something awesome in book four. (Even authors who outline aren’t immune to this problem… and I’m not much of an outliner.) And when you have all that weight behind the story, wrestling it all into shape for a satisfying ending is easier said than done.

But the feeling you get when it all pulls together, across multiple years and multiple books?

It’s absolutely worth the effort.

3 thoughts on “Guest Post: “The Series Payoff” by Marie Brennan”