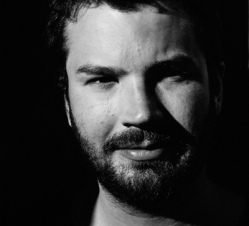 In Prophecy’s Ruin, book one of the Broken Well trilogy, a child is prophesied to be born on a dark and stormy night (of course) who will end the age-old battle between the forces of shadow and light. Pardon me, but YAAAAAAAAAAAWN. We’ve all heard this shit a hundred times before.

I realise this might be a strange sentiment coming from the author of a book with such a title, but I detest prophecy as a plot device. The idea that anything is inevitable lies in stark opposition to the notion of free will, something we all probably prefer to believe in. And when hearing a particular prophecy leads you to somehow create the circumstances you were actively trying to avoid? I mean, come on. How many more times do we really need to see that clever crap play out?

Despite feeling this way, I have gone and written a trilogy all about a prophecy, like a strangely contrary weirdo. As you might guess from the title, however, the twist is that the prophecy gets somewhat ruined. To be specific, the prophesied child is fought over by powerful mages from the warring sides, and they end up accidentally ripping his very soul in two (don’t you hate it when that happens?), creating two separate boys who are then taken to opposite ends of the world and brought up independently of each other. Nobody knows which child is now the ‘right’ one, and if he is possessed by their own side or the enemy.

Much of the basis of this trilogy comes from such screwing around with cliches in unexpected ways. The fantasy genre is so full of them, it’s like a smorgasbord of reader expectation ready for subversion. Elves are expected to act haughty and superior, dark lords execute minions to show how tyrannical they are, and dragons always kidnap virgins – which, by the way, I reckon is a myth propagated as an ancient pick-up technique.

‘Come on baby, if you loved me you would. Besides, if you don’t, you could get stolen by a dragon. I’m doing this for you.’

Okay, okay, so there are plenty of original uses of dragons out there and my example is a bit old school, but still, in Broken Well I have a lot of fun (and I hope the reader will too) going in different directions with these well worn tropes. I imagine, for example, that most readers will immediately assume that light is good and shadow is evil, which is something they bring to the table themselves as an understandable assumption, but spoilers, who knows? And how about the hero and his squeeze don’t get arbitrarily torn apart purely because DRAMA, and instead get to face their adversaries together as a loving couple? How about goblins who are smart and practical, or a dragon who suffers from traumatic mental health issues? How about those, I ask?! Sorely absent from books until now!

Well, absent until seven years ago, to be honest. Prophecy’s Ruin is not a new release – it came out in 2009, on an annoying cusp of book evolution. This was before ebooks were automatically released by publishers at the same time as their physical counterparts and, as a result, Prophecy’s Ruin received no fanfare at all when it crept quietly online long after its original publication date. Thus it remains a largely undiscovered timeless masterpiece – and no, modesty is not one of my weaknesses.

For reading purposes, of course, the book may as well have come out yesterday – as a fantasy, it’s not like the story has dated in any way. Goblins are forever! The reason I’m touting it now is that the publisher, Hachette, is giving the ebook a free promotion online, for the first and possibly last time in its life. Making the first book of a series free is a common enough practice amongst indie authors, but it is rarer for the big publishers to allow such a thing, and thus I demand or ask very politely (whatever works best for you) that you give this humble, above average writer a chance. I mean, what have you got to lose, except respect for me? And your valuable time? You might have lost both of those already simply by reading this far!

Ahem. At any rate, thanks very much for checking out my guest post, and thank you to Stefan for having me on Civilian Reader. Oh, and if you need any more convincing to check out Prophecy’s Ruin, hear this: it also contains an invincible butterfly. Yes, you heard me correctly. AN INVINCIBLE BUTTERFLY. Oh, and an evil talking bird. What more could you possibly want?

Prophecy’s Ruin is available from all the usual suspects: Amazon (US), iTunes, Nook, Kobo.