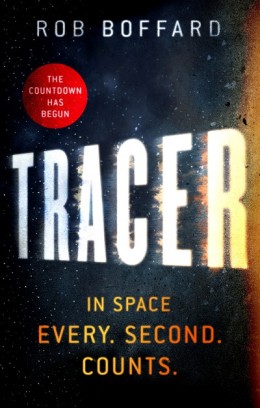 IN SPACE, EVERY. SECOND. COUNTS.

Our planet is in ruins. Three hundred miles above its scarred surface orbits Outer Earth: a space station with a million souls on board. They are all that remain of the human race.

Darnell is the head of the station’s biotech lab. He’s also a man with dark secrets. And he has ambitions for Outer Earth that no one will see coming.

Prakesh is a scientist, and he has no idea what his boss Darnell is capable of. He’ll have to move fast if he doesn’t want to end up dead.

And then there’s Riley. She’s a tracer — a courier. For her, speed is everything. But with her latest cargo, she’s taken on more than she bargained for.

A chilling conspiracy connects them all.

The countdown has begun for Outer Earth — and for mankind.

This is one fast-paced novel. From the very beginning, Tracer maintains the an impressive momentum. We’re given a quick introduction to Outer Earth, and are easily located in this reality and the lives of his characters. In many ways, this is a mash-up of space station survival story and Hollywood space action movie. We frequently feel the characters’ sense of peril, as they career from one threatening situation into another. Riley’s an interesting protagonist and a good guide to Outer Earth and the life of a tracer (the couriers of the station). It’s well-crafted, interesting and engaging.

If I had one niggle, though, it is that it’s perhaps too fast: with the plot constantly in motion, pushing ever-forward, it means we rarely take a pause to get to know the characters better, which I would have welcomed. There is also not much of a pause between two big reveals that occur around a third of the way through — one of them should have come a bit sooner, I think. As it stands now, it felt a little bit squidged together.

There’s another reveal later on, which I thought was pretty interesting, but conversely perhaps happened a bit too late, and therefore some elements of the conclusion felt a tad rushed. But then, given the obvious focus on not allowing readers the time to get bored, it still fits. (This focus is an admirable, mostly welcome trait in this publishing environment often enamoured of massive, exposition-heavy tomes.)

If you’re after a fast-paced, action-packed, cinematic space adventure, then Tracer is absolutely for you. I’m also really interested in reading the sequel — some information is included at the back of this book (Orbit have always been good about doing that). A promising debut, I think Rob Boffard is an author to watch.

Rob Boffard’s Tracer is published by Orbit Books in the US and UK. For more, be sure to check out his website, and follow him on Twitter and Goodreads. 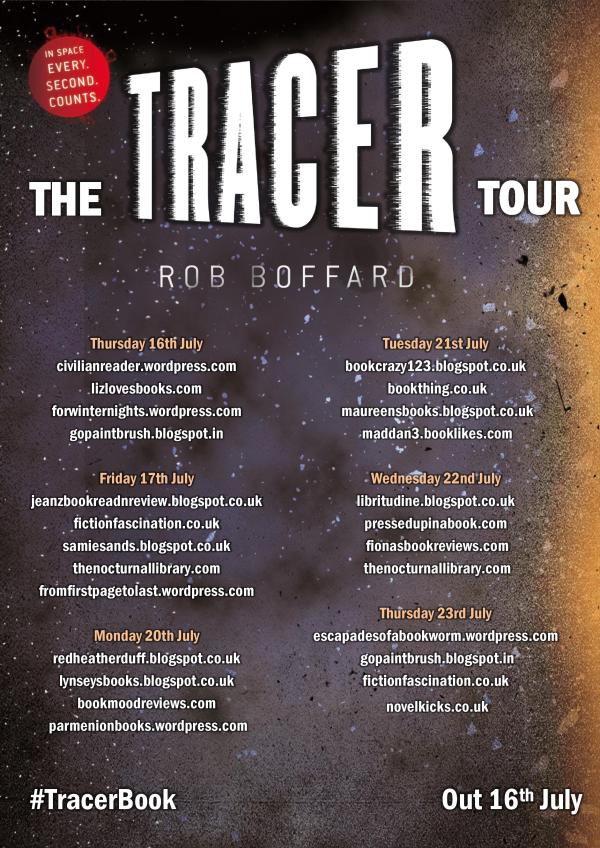