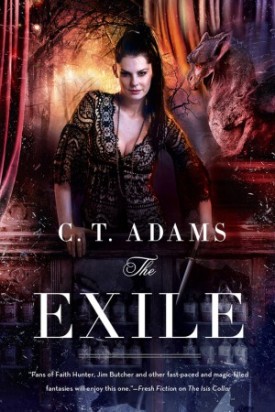 What inspires me? Everything.

No, seriously, I mean it. I know it sounds corny, but one of the things I’ve noticed about writers is that we pay attention to things—things catch our eye, and get filed away for future reference and use in the next (or next, or maybe the one after that) book. The best way to keep your conversations from being ‘clunky’ on paper is to listen to actual people talking. The best way to have diversity in your writing is to pay attention to the rich diversity existing all around you and try to reflect it on paper.

And influences? I can’t even begin to count them all. Every book you ever read, show you watch, even people you’ve run into on the cross town bus can come into play. Say you have a craptastic day where the car won’t start, and the toast gets burnt, you’re late to work and the boss is grumpy. It’s awful.

BUT, it’s just a teeny bit less awful because when you need to portray that level of frustration in your character’s life you can use similar, or even the exact same events of that craptastic day in your book so that your readers (who have all suffered through similar days of their own at one point or another) can relate, sympathize, and understand your character and his/her situation on a deep level that they might not have otherwise. And there is something viscerally satisfying about having your fictional character bop a bully in the nose, or whatever.

At its best writing is about life: it reflects it back, enlarges on it, and enlightens.

It is also one hell of a lot of fun.

C.T. Adams‘s The Exile is due to be published by Tor Books in March 2015. The first in the Book of the Fae series, here’s the synopsis:

Brianna Hai runs an occult shop that sells useless trinkets to tourists — and real magic supplies to witches and warlocks. The magical painting that hangs in Brianna’s apartment is the last portal between the fae and human worlds.

A shocking magical assault on her home reveals to Brianna that her father, High King Liu of the Fae, is under attack. With the help of her gargoyle, Pug, her friend David, and Angelo, a police detective who doesn’t believe in magic, Brianna recovers what was stolen from her and becomes an unwilling potential heir to the throne.