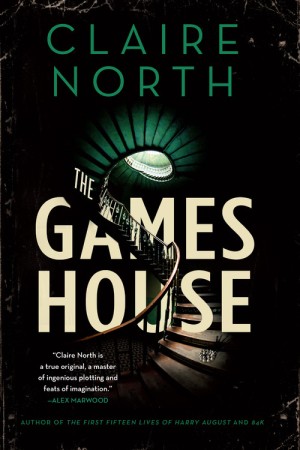 Everyone has heard of the Gameshouse. But few know all its secrets…

It is the place where fortunes can be made and lost through chess, backgammon — every game under the sun.

But those whom fortune favors may be invited to compete in the higher league… a league where the games played are of politics and empires, of economics and kings. It is a league where Capture the Castle involves real castles, where hide and seek takes place on the scale of a continent.

Among those worthy of competing in the higher league, three unusually talented contestants play for the highest stakes of all…

I first read The Gameshouse when it was released as three novella eBooks: The Serpent, The Thief and The Master. I loved the story then, and it has stuck with me ever since. The release of the omnibus edition gave me an excuse to give it a second look. This is a really good story, and just more evidence of why Claire North is a must-read author. END_OF_DOCUMENT_TOKEN_TO_BE_REPLACED

A magnificent, linked trilogy of novellas

It’s tricky to review these novellas without spoiling events across the series. So, I’m keeping these as brief as possible, which has meant the reviews are a bit more vague than I would usually like. Really, the take away should be: this is a fantastic series, and a must read.

In seventeenth century Venice exists a mysterious establishment known only as the Gameshouse.

There, fortunes are made and fortunes are broken over games of chess, backgammon and every other game under the sun.

But those whom fortune favours may be invited to compete in the higher league… a league where the games played are of politics and empires, of economics and kings. It is a league where Capture the Castle involves real castles, where hide and seek takes place on a scale as big as the British Isles.

Not everyone proves worthy of competing in the higher league. But one woman who is about to play may just exceed everyone’s expectations.

Though she must always remember: the higher the stakes, the more deadly the rules…

In this first novella, North introduces us to the Gameshouse, and offers a relatively small-scale game. We follow Thene, a woman trapped in an enforced marriage to a drunken waster. After a while frequenting the Gameshouse, and engaging in “standard” contests and games, she is eventually approached by the umpires and invited to play in the higher league. Rather than duelling with an opponent over a chessboard or other table-top game, Venice itself becomes the board, and its inhabitants the pieces. Each player is given a selection of… well, I suppose you could call them “trumps”: specific pieces who have become indebted to the Gameshouse for a variety of reasons.

The Serpent is a quick read, and follows an interesting protagonist — the story is told somewhat from afar, as if we are watching Thene’s play and the directed actions of her pieces from the audience. She’s an interesting character, made cold and emotionless by her difficult childhood and unhappy marriage, but given new life and focus by the Gameshouse.

Through Thene’s first higher league game, we learn of the various ways the Gameshouse operates, how the pieces work, and so forth. Along the way, North also gives us a few hints about the institution’s history — which, as it turned out, would be further elaborated on in the second and third books. The author never info-dumps on the reader, though, much to my relief. The momentum of the story never lets up, while never being rushed.

It’s an excellent introduction to the series. The only weird decision was using em-dashes to indicate dialogue, rather than quotation marks. The only other time I’ve seen this used was in Lavie Tidhar’s The Violent Century. 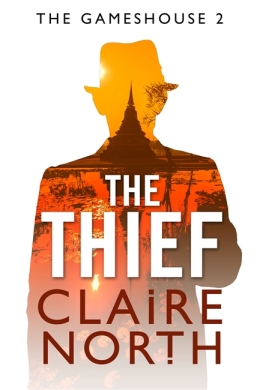 The Gameshouse is an unusual institution.

Many know it as the place where fortunes can be made and lost though games of Chess, Backgammon — every game under the sun.

But a select few, who are picked to compete in the higher league, know that some games are played for higher stakes — those of politics and empires, of economics and kings…

In 1930s Bangkok, one higher league player has just been challenged to a game of hide and seek. The board is all of Thailand — and the seeker will use any means possible to hunt down his quarry — be it police, government, strangers or even spies…

This second instalment was even better than the first. Pre-Second World War Thailand is brought wonderfully to life on the page — since I was born there, I’m always interested to see how people recreate the city on the page (at any time), and I think North did a wonderful job of creating such a rich and colourful city, and also doing the wilder regions of the country justice.

Our player is a more established player, with centuries of experience. A drunken evening has led him into a game of hide-and-seek against a rival with an unusual determination. As he first flees the city, Remy Burke ends up struggling through the jungle, occasionally benefiting form the kindness of strangers and sometimes suffering betrayals. North does a great job of showing us how difficult Remy’s ordeal is. The two sides of the game are interesting and very different. The solution and tactics of our hero are ingenious, and I gave a little cheer at the end.

We get a little bit more detail of the Gameshouse’s history and origins, while also hints at possible future events. Given a similar event in both The Serpent and The Thief, we’re led to clues for The Master, and after finishing this one I couldn’t wait to see how North brought it all together: the moments that seemed disconnected from the specific games in Venice and Thailand. Luckily, I didn’t have to wait, and dove right into the final novella… 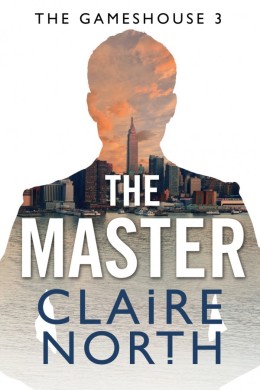 The Gamehouse is an unusual institution.

Many know it as the place where fortunes can be made and lost though games of Chess, Backgammon — every game under the sun.

But a select few, who are picked to compete in the higher league, know that some games are played for higher stakes — those of politics and empires, of economics and kings…

And now, the ultimate player is about to step forward.

The final novella in the series brings us up to the present, as the ultimate player decides its time to start the Great Game. The player in question (who I shall not name, in order to not spoil things), has appeared in each of the previous novellas. The Gameshouse has continued to evolve with the times, adjusting what it has to offer with each new generation and era in which it endures.

“New games too: Cluedo, Settlers of Catan, Age of Empires, Mario Kart, Mortal Kombat Whatever fought between a shrieking bishop and a deputy mayor. A judge, a police commissioner, a gangster, a congressman, a chief of staff, a general, a consulting doctor, a research fellow, a professor, a hit-man, a pharmaceutical king, an oil magnate, a seller of used cars and cheap cocaine – all the men and women who think they are someone, could be something more – they all come here as they have come through the centuries, across the world.”

As with the previous two books, The Master is a tightly-plotted action thriller, as the Great Game is writ larger than ever: where first it was a city, then a country, now it is the whole world, and North makes full use of the effectively-limitless resources the two players have to hand. The game, chess, is quite insane, as everything from the NSA and MI5 to entire national armies are deployed, not to mention hackers and assassins. It’s over-the-top, yes, but it never feels as ridiculous as it might in another author’s hands. I was completely hooked, and blitzed through. The ending was powerful, and only gradually was the truth revealed. The way one previous character is used was a great surprise. A superb conclusion to the trilogy. Absolutely magnificent.

Across all three novellas, North continues to show an incredibly gift for writing characters, dialogue and exposition: the people are three-dimensional, even when minor characters; the plots are tight and focused; the atmosphere and environs colourfully described and brought to life, while never in excess.

I’ve said it before in two previous reviews, but Claire North is fast becoming my favourite author.

Absolutely recommended to all, this are must-reads.

The Serpent, The Thief and The Master are all out now, published in the UK and US by Orbit Books.

Also on CR: Reviews of The First Fifteen Lives of Harry August and Touch