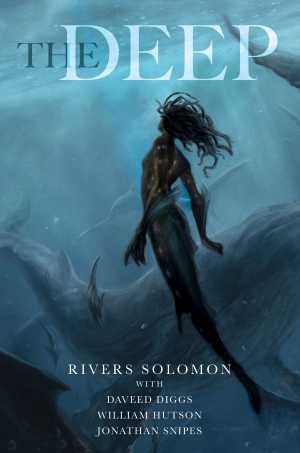 I’ve seen the cover for Rivers Solomon‘s The Deep around the internet a few times over the past couple of weeks. Inspired by a song by Clipping for an episode of This American Life, “We Are In The Future,” the premise really caught my attention:

Yetu holds the memories for her people — water-dwelling descendants of pregnant African slave women thrown overboard by slave owners — who live idyllic lives in the deep. Their past, too traumatic to be remembered regularly, is forgotten by everyone, save one — the historian. This demanding role has been bestowed on Yetu.

Yetu remembers for everyone, and the memories, painful and wonderful, traumatic and terrible and miraculous, are destroying her. And so, she flees to the surface, escaping the memories, the expectations, and the responsibilities — and discovers a world her people left behind long ago.

Yetu will learn more than she ever expected to about her own past — and about the future of her people. If they are all to survive, they’ll need to reclaim the memories, reclaim their identity — and own who they really are.

Clipping is comprised of Daveed Diggs (most recently mega-famous for being in Hamilton), William Hutson, and Jonathan Snipes.

The Deep is due to be published by Saga Press in November 2019. Looking forward to reading it. Rivers Solomon is also the author of the acclaimed An Unkindness of Ghosts, published by Akashic Books in North America and in the UK. 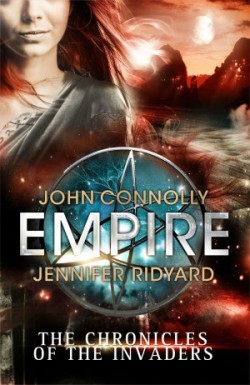 She is the trophy of a civilization at war with itself.

He is its rebel captive.

Separated by millions of light years, they will fight to be united.

And they will risk everything to make their world — all worlds — right again.

The second novel in the authors’ Invaders trilogy, following on from Conquest. Which I have but have yet to read. It sounds fun, too, so I should see what I can do about catching up. I’ve recently picked up the first three of Connolly’s Charlie Parker novels, which I hope to read as soon as possible. Empire is due to be published on January 1st, 2015. 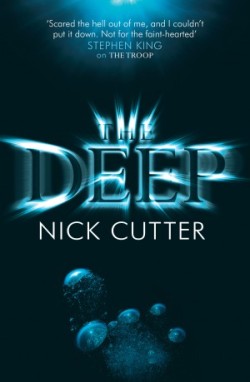 A plague is destroying the world’s population. The ‘Gets makes people forget. First it’s the small things, like where you left your keys… then the not-so-small things, like how to drive. And finally your body forgets how to live.

But now an unknown substance with extraordinary power to heal has been discovered in the depths of the Pacific Ocean. Nicknamed ambrosia, it might just be the miracle cure the world has been praying for.

A research lab has been established eight miles below the sea’s surface, but all contact with the team has been lost. Dr Luke Nelson’s brother is down there and as desperation for a cure outweighs common sense, he agrees to descend through the lightless fathoms… perhaps to face an evil blacker than anything he could have imagined.

Cutter’s previous novel, The Troop was very well-received. And apparently spooky/horrific as all get-out. So, this could be just as interesting. The Deep should hit shelves on January 13th, 2015.

High in the mountains of the Swiss Alps Leah Wilde is about to gamble her life to bring a powerful man an offer. A promise.

Leah has heard the dark stories about him and knows she is walking into the lion’s den. But her options are running out. Her rare lineage, kept secret for years, is under terrible threat. That is, unless Leah and her mother Hannah are prepared to join up with their once deadly enemies.

Should the prey ever trust the predator?

Is hope for future generations ever enough to wash away the sins of the past?

With a new and chilling danger stalking them all, and the survival of their society at stake, they may have little choice…

This is actually the paperback release, as I appear to have completely missed the hardcover release in November 2014. I’ve still not read Jones’s first novel, The String Diaries, but I’ve heard it’s excellent. So I should really get on to that… Written in Blood is published in paperback on January 29th 2015.

Beware the dawning of a new mage…

Wydrin of Crosshaven, Sir Sebastian and Lord Aaron Frith are experienced in the perils of stirring up the old gods. They are also familiar with defeating them, and the heroes of Baneswatch are now enjoying the perks of suddenly being very much in demand for their services.

When a job comes up in the distant city of Skaldshollow, it looks like easy coin – retrieve a stolen item, admire the views, get paid. But in a place twisted and haunted by ancient magic, with the most infamous mage of them all, Joah Demonsworn, making a reappearance, our heroes soon find themselves threatened by enemies on all sides, old and new. And in the frozen mountains, the stones are walking…

Williams’s first novel, The Copper Promise, was pretty fun. This is the follow-up, due out February 26th 2015.