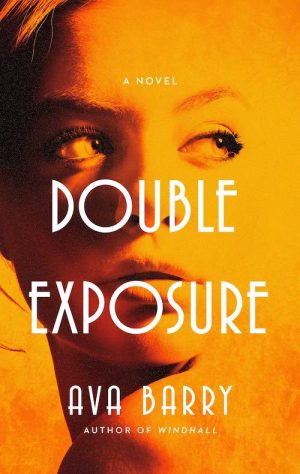 A young P.I. must unravel the secrets behind the murders of a Los Angeles heiress’s parents.

Four years ago, a beautiful young heiress survived an attack that claimed the lives of both of her parents. The crime made headlines all over Los Angeles, both for the vicious nature of the killings and the seemingly random nature of the attack: nothing was stolen, and the van Aust family had no obvious enemies. Melia van Aust fled the city soon after the murders – which were never solved – but her brother Jasper has not been seen since.

After a childhood spent in the shadow of her famous parents, Rainey Hall understands the dynamics of a dysfunctional family. She still hasn’t recovered from a tragedy that tore her own family apart six years before. It’s part of the reason why she started her own private investigation agency — to aid victims of crimes that might otherwise go unsolved.

When Melia returns to Los Angeles and moves back into her family home, someone begins sending her increasingly violent messages that allude to the killing of her parents. She hires Rainey to track down the culprit and find her missing brother. Touched by the similarities between their lives, Rainey feels compelled to protect Melia, even when it becomes clear that their relationship has become more than professional.

Soon, Rainey finds herself falling down the rabbit hole of Melia’s life. Her quest to find Melia’s stalker will bring her in contact with disgraced royals, seedy neighbors, violent ex-boyfriends and former staff, each one with their own set of secrets. As the threats against Melia escalate and the two women are drawn together, it’s only a matter of time before another victim turns up.

Windhall, Ava Barry’s 2021 debut novel, was one of my favourite reads of that year. Ever since Double Exposure was announced, I’ve been eagerly anticipating the chance to read it. I was lucky enough to receive a review copy, and I’m happy to report that it is another very good read.

In Double Exposure, we’re introduced to the members of Left City Investigations: three women who have come together to form a private investigation company, balancing paying customers with cases involving the forgotten or overlooked. In addition to finding a lost teenager for an underprivileged family, the team is approached by Melia — assumed to be the last surviving member of a well-to-do LA family that were butchered a few years ago. Absent from LA for some time, having been sent off to psychiatric institutions and also to live with her tough relative in Georgia, Melia has returned to the family’s estate in the Hills to reclaim her life and attempt to gain access to her inheritance (which is locked away until she’s 25 — four years from now).

Rainey is sent to meet with Melia, in order to assess whether or not the team should take on the case. Even before a decision has been made, though, Rainey finds herself drawn to Melia — there is something about her that gets its hooks into Rainey. Sometimes, it was just a little too obvious that this wasn’t going to be healthy, but Rainey’s flaws are well-handled and portrayed on the page, and it doesn’t come across as contrived. (We all know someone who has been involved with another who was just not good for them.) Rainey starts to pull away from her friends and colleagues, as she sinks more into Melia’s world. However, events take a turn, and the strangeness of the situation only gets worse, building to a violent confrontation. Meanwhile, people from Rainey’s past are also circling, adding their own challenges to her ability to serve her client and get to the truth.

One thing that stood out for me is that the investigation of what’s happening to and around Melia didn’t always feel particularly important to the story. Yes, it is impossible to separate Rainey and Melia’s togetherness from what we’re reading on the page, but I think die-hard mystery fans might find it a bit strange that it doesn’t seem to take up as much of the novel as one might typically expect. Barry offers plenty of character development and background — especially in relation to Rainey’s journey from violin prodigy to Los Angeles P.I. — but sometimes it felt like this might have been at the expense of the actual plot.

Barry’s writing is excellent throughout, and her prose is fluid and well-composed. It was never difficult to pick up and sink back into the story. The author sprinkles a few interesting and well-done red-herrings into the story, and there are plenty of potential antagonists to choose from. We get to know Rainey quite well, and I hope there’s another novel in the works featuring the Left City crew — perhaps one that provides a bit more of a hefty investigation/mystery component. I think I preferred Windhall, but I finished reading this looking forward to reading whatever Barry comes up with next.

Ava Barry’s Double Exposure is out tomorrow (October 4th), published by Pegasus Books in North America and in the UK.

Also on CR: Review of Windhall