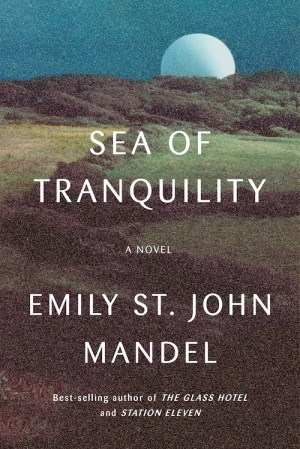 An intriguing, gripping novel of time travel, family, and humanity

A novel of art, time, love, and plague that takes the reader from Vancouver Island in 1912 to a dark colony on the moon five hundred years later, unfurling a story of humanity across centuries and space.

Edwin St. Andrew is eighteen years old when he crosses the Atlantic by steamship, exiled from polite society following an ill-conceived diatribe at a dinner party. He enters the forest, spellbound by the beauty of the Canadian wilderness, and suddenly hears the notes of a violin echoing in an airship terminal — an experience that shocks him to his core.

Two centuries later a famous writer named Olive Llewellyn is on a book tour. She’s traveling all over Earth, but her home is the second moon colony, a place of white stone, spired towers, and artificial beauty. Within the text of Olive’s best-selling pandemic novel lies a strange passage: a man plays his violin for change in the echoing corridor of an airship terminal as the trees of a forest rise around him.

When Gaspery-Jacques Roberts, a detective in the black-skied Night City, is hired to investigate an anomaly in the North American wilderness, he uncovers a series of lives upended: The exiled son of an earl driven to madness, a writer trapped far from home as a pandemic ravages Earth, and a childhood friend from the Night City who, like Gaspery himself, has glimpsed the chance to do something extraordinary that will disrupt the timeline of the universe.

The highly anticipated new novel from the author of Station Eleven. The premise for Sea of Tranquility, I thought, was really interesting, so I eagerly requested a review copy. It’s the fourth of the author’s novels that I’ve read, and exceeded my high expectations. I read it shortly after receiving it, and I am very happy to report that it’s an excellent read. For some reason, I also found it rather tricky to review…

Mandel’s new novel takes place across a few hundred years of history — from the early years of Western expansion in Canada; to the 20th Century; to a future a century hence and more, in which humanity has expanded to colonize the moon, and there is an organization with the ability to travel through time and police events to ensure there are no disruptions to the timeline. I was interested to see how Mandel approached the subject of time travel. Gaspery stumbles into a job with this agency, after being hired to investigate a particularly anomaly: a number of people, in different times, have experienced a sensory glitch, of sorts: they see and hear things that are from another time — the future? The past? Or simply a strange hallucination? Gaspery accepts the assignment and jumps back in time. Over the course of the novel, he becomes fascinated by the people he’s investigating, and struggles with the warning to not get too close, to not think beyond the events at hand — to avoid connections and attachments. When you know how someone dies, but you have to get to know them, it’s a very real, sometimes painful test that not everyone passes.

It’s a tricky plot to discuss at any length without spoiling things. What I can say, though, is that Mandel intricately weaves together the various strands, throwing up interesting surprises and connections throughout (some of which connect with the author’s previous works). It all builds to a satisfying ending that brings everything together nicely. It’s a moving story, one that is told in sparse and controlled prose, never becoming over-done, nor bogged down in the science (though there is some interesting discussion of simulation theory). Mandel’s gift for scene-setting and description is on display throughout — each of the settings is beautifully realized on the page. 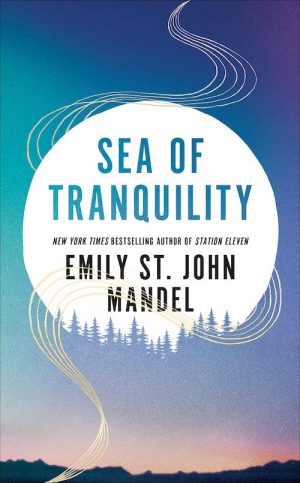 I found Olive Llewellyn’s portions of the novel really interesting and notable. For one thing, one is left to wonder how much of the character’s experiences are drawn from the author’s experiences — particularly, resulting from the success of Station Eleven and also the recent TV adaptation, and resultant press tours. For example:

“Oh. It’s surreal, actually. I wrote three books that no one noticed, no distribution beyond the moon colonies, and then… it’s like slipping into a parallel universe,” Olive said. “When I published Marienbad, I somehow fell into a bizarre upside-down world where people actually read my work. It’s extraordinary. I hope I never get used to it.”

In fact, Olive’s perspective clearly offered the author an opportunity to grapple with a variety of recent, real world events, such as the pandemic. At one point during her book tour, she’s asked “What drew you to sci-fi?”, and I think many will be able to connect with the answer:

“I’ve been in lockdown for one hundred and nine days,” Olive said. “I think I just wanted to write something set as far away as possible from my apartment.”

Similarly, and possibly also inspired in part by the recent revival of Station Eleven (not that it’s ever seemed to go away, but with the TV adaptation it’s been given another burst of attention), Mandel’s character offers an opinion on the popularity of fiction like Station Eleven in times of sociopolitical tension:

This has been a very tricky novel to review. I read it very quickly, in just two sittings — Mandel’s prose hooked me from the beginning, and the story was perfectly balanced and paced. It’s quite a different experience from reading The Glass Hotel, which was a little bit of a disappointment. (Still very well written, with good characters, but a little predictable somehow.) I loved Station Eleven, so when I started this new novel and quickly got sucked in, I was relieved and very happy.

Sea of Tranquility is another excellent addition to the Mandelverse: superb prose, an engaging and clever plot, and populated by well-drawn and interesting characters. Very highly recommended.

Emily St. John Mandel’s Sea of Tranquility is due to be published by Knopf in North America (April 5th) and Picador in the UK (April 25th).