Skip to content
HomeQuick Review: THE DAYS TO COME by Tom Rosenstiel (Ecco) 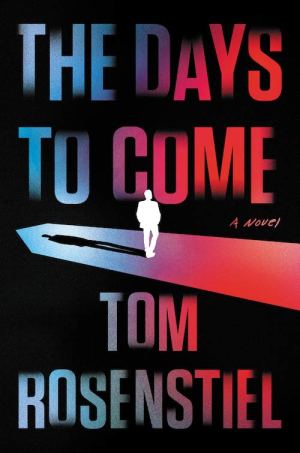 Billionaire entrepreneur David Traynor has big dreams for fixing a broken government in his first term as president of the United States. In the months before his inauguration, he’s developed daring and, in some cases, secret strategies to solve the climate crisis, force Congress to work again, and rebuild America’s economy — and that’s just the beginning. Everyone in the capital is scrambling to adapt to the new disruptor in chief’s bold agenda, though many, both at home and abroad, also want to see Traynor and his steely vice president, Wendy Upton, fail. Unsure of whom he can trust, Traynor intends to turn to an unusual group of people to advise him, including the savvy and sometimes ruthless DC fixers Peter Rena and Randi Brooks.

Though he is at the height of his career, Rena finds his world in chaos. His personal life is a mess; he wonders if his work — saving powerful people from their mistakes — has become too cynical. When malicious, untraceable cyberattacks related to his past start seeping from the dark corners of the internet, Rena’s doubts overwhelm him. Then an unpredictable tragedy throws the country into crisis, and he must come out of his stupor.

If Rena wants to help the new president salvage American politics, he will first have to reckon with his own demons and come to grips with a world far different from the one he once believed in. With the government and the country polarized and on the cusp of enormous change, Tom Rosenstiel’s The Days to Come is a clever, gripping thriller and a cogent meditation on how to heal a divided country.

In this fourth instalment in Rosenstiel’s Rena & Brooks series, the political fixers and their team are tasked with investigating one of the secret plans the new president has launched. It’s a story of political maneuvering and gridlock, cyber-threats, and some of the most important issues that face us today. I very much enjoyed it.

A lot happens in The Days to Come. It opens in the days leading up to Traynor’s inauguration, as the president-elect attempts to devise a plan to actually deliver on what he’s promised during the election: an end to political gridlock and progress on some of the most important issues facing America and the world. The novel spans roughly the first year of the new administration, beset by some fairly significant surprises along the way. Given the nature of American politics today, there are certain aspects of the novel that a cynic might identify as “fantasy”, but we can always hope and dream that the better angels will, at some point, manage to get their foot in the door and do something of value.

Traynor’s ambitions are considerable, and present plenty of challenges, especially because of the unconventional ticket that was elected into the White House: while Traynor is a Democrat, his vice president — Wendy Upton — is a Republican. Rosenstiel does a pretty good job of examining what that mean — for politics in general, but also for the VP in question.

Rena and Brooks are called in by Upton (her selection for VP featured prominently in the previous book in the series, Oppo) to help out, advise, and ultimately to investigate possible espionage directed at one of the new president’s pet projects. Along the way, they must deal with distracting cyber-attacks directed at Rena, an increasingly divided and hostile political system and society, and more — including a few personal issues. Their investigation also takes them deep into Silicon Valley and its workings, from venture capitalism to corporate espionage, to a growing sense of invincibility of the tech giants.

Overall, Rosenstiel has done an excellent job of weaving contemporary issues into this version of the world — the politics is very up-to-the-minute, the characters are realistic and well-drawn. Some readers who are very familiar with the ways of American politics and how it works (or doesn’t) might find Rosenstiel’s approach to the story a bit over-explaining, but I think this ultimately makes the novel more accessible for those who are not Very Online or overly attentive to politics. I particularly liked Rosenstiel’s attention to the “majority of the majority” rule that has become a favoured internal “rule” of the Senate and House — wielded especially by the Republicans when they are in the majority.

How could the government for thirty years have let the infrastructure crumble, jobs vanish, the planet overheat, the health care system and education fall behind, all because the stock market was going up?

One aspect of the story felt like it didn’t quite fit in with the rest, and that’s the cyber-threat component. It is certainly timely, which is the hallmark of any Rosenstiel novel — as a long-time journalist, it’s clear that he is committed to writing about contemporary issues (something he does with considerable skill and clarity). However, given the outcome from this thread of the story, it felt a little forced. Unless, of course, it is a precursor to events in the next novel in the series.

If you’ve enjoyed the first three novels in the series, then I’m sure you’ll find much to like in The Days to Come. It builds on the foundation of the first books, expands the scope of the characters’ world, and also spends some time getting a bit more into Rena’s character and how he sees himself fitting (or not) in the world — in terms of politics, personal relationships, and more. Definitely recommend this series to all fans of political thrillers and fiction.

Tom Rosenstiel’s The Days to Come is due to be published by Ecco Books on November 23rd.

Also on CR: Reviews of The Shining City, The Good Lie, and Oppo