A superb “oral history” of a band that rocked the 70s

Everyone knows DAISY JONES & THE SIX, but nobody knows the reason behind their split at the absolute height of their popularity… until now.

Daisy is a girl coming of age in L.A. in the late sixties, sneaking into clubs on the Sunset Strip, sleeping with rock stars, and dreaming of singing at the Whisky a Go Go. The sex and drugs are thrilling, but it’s the rock ’n’ roll she loves most. By the time she’s twenty, her voice is getting noticed, and she has the kind of heedless beauty that makes people do crazy things.

Also getting noticed is The Six, a band led by the brooding Billy Dunne. On the eve of their first tour, his girlfriend Camila finds out she’s pregnant, and with the pressure of impending fatherhood and fame, Billy goes a little wild on the road.

Daisy and Billy cross paths when a producer realizes that the key to supercharged success is to put the two together. What happens next will become the stuff of legend.

The making of that legend is chronicled in this riveting and unforgettable novel, written as an oral history of one of the biggest bands of the seventies. Taylor Jenkins Reid is a talented writer who takes her work to a new level with Daisy Jones & The Six, brilliantly capturing a place and time in an utterly distinctive voice.

I’ve been eagerly anticipating this novel ever since it was announced, pretty much. I read it as soon as I received it, and I’m very happy to report that it lived up to my expectations. One of my favourite books of the year so far, I really enjoyed this.

This novel was immediately attention-grabbing. It is packed with interesting and realistic details. Each of the band members and crew had distinctive and engaging voices. Perhaps unsurprisingly, Daisy and Billy’s recollections are the most interesting, as well as sometimes the most contradictory: they started off with a rather contentious relationship, after all. Readers get a good sense of how each characters developed — as musicians and people — over the life of the band. Like the best “real” oral histories, each participant provides honest-seeming recollections of the events in question (albeit, unreliable given their limited perspective of others’ experiences and opinions). There are often great contrasts between what different people remember of key events, and Reid does a very good job of showing us how our personal prejudices and preconceived notions can colour how we interact and relate to others. 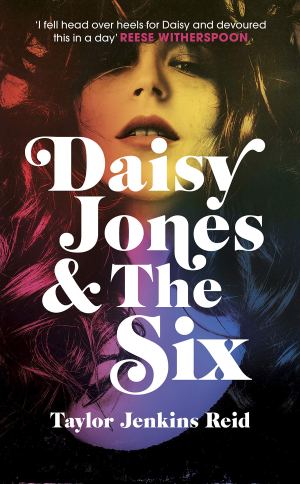 Daisy and Billy are, in many ways, two forces of nature colliding: a hurricane (Daisy) meeting a mountain (Billy). Each has their own ideas of how to approach the music industry and creation process. Billy formed the band, Daisy arrived with a game-changing dynamic and voice. Not only that, Daisy is a real child of the 70s — she maintains a 24hr buzz, popping pills and imbibing plenty. Billy, on the other hand, heads to rehab and is constantly battling with his addictions. Like many of the greats partnerships, conflict and tension gave rise to amazing art — “not many people are so creatively in sync with someone they despise.”

We see Daisy’s constant struggle to define herself, rather than have others (especially men) define her purpose and value.

“That’s how it was back then. I was just supposed to be the inspiration for some man’s great idea. Well, fuck that.

“I had absolutely no interest in being somebody else’s muse. I am not a muse. I am the somebody. End of fucking story.”

While the focus of the book is clearly Daisy and Billy’s tumultuous relationships and lives, there is plenty of detail covering the other bandmates’ lives and experiences. After all, if you’re asking people about certain events and their memories, they will only be able to tell you their side of the story. This means Reid is able to keep the story varied and engaging by dropping in plenty of colourful anecdotes from the other band members, their partners and business associates. Warren emerges as a favourite, given that he was so clueless about many of his fellows’ private lives. (Oh, Warren…)

As a fan of long-form profiles and memoirs/biographies of bands and musicians, I loved Reid’s approach to telling this band’s story. (Although, I was a little anxious, too: I’ve been playing around a semi-similar conceit for the past year or so, too.) We learn plenty about the band’s creative process, as well as their opinions and theories of music and art. There were times when I wondered how non-musos might react to certain passages, but I know that I thoroughly enjoyed it all. Sometimes, I did feel like I was reading the most-exhaustive Rolling Stone profile in history. This may turn some readers off, but I’d recommend just taking a short break before coming back to it (I had to do this twice, but was always eager to get back into it).

Reid’s writing style is fantastic, and the author perfectly maintains the style and approach throughout the novel. I was swept up by the story, hooked from pretty much the beginning. Great characters, superb execution. I thoroughly enjoyed this novel. It is rare, I find, for hype to be justified. Daisy Jones & the Six is one of those times.

Daisy Jones & the Six by Taylor Jenkins Reid is out now, published by Doubleday in Canada, Ballantine in the US, and Hutchinson in the UK.