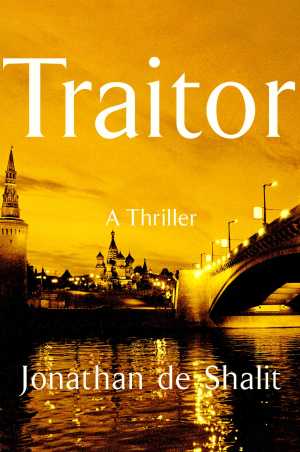 An interesting, if flawed espionage thriller

A sprawling, international high-stakes thriller that pits the intelligence of one man against one of the most successful spies ever to operate against American interests.

When a young Israeli walks into an American embassy and offers to betray his country for money and power, he has no idea that the CIA agent interviewing him is a Russian mole. Years later, that young man has risen in the ranks to become a trusted advisor to Israel’s Prime Minister and throughout his career, he’s been sharing everything he knows with the Kremlin. Now, however, a hint that there may be a traitor in the highest realms of power has slipped out and a top-secret team is put together to hunt for him. The chase leads the team from the streets of Tel Aviv to deep inside the Russian zone and, finally, to the United States, where a most unique spymaster is revealed. The final showdown — between the traitor and the betrayed — can only be resolved by an act of utter treachery that could have far-reaching and devastating consequences.

I had very high hopes for this novel: an agent working for a handler who is himself an agent, and a decades-long career of unwittingly spying for one’s enemies? That’s an attention-grabbing premise, which left me with very high expectations. It took my a couple of tries to get going with the novel, but I’m sad to report that it ultimately didn’t work for me.

I think, ultimately, this novel may be a victim of its own hype. The publisher’s catalogue copy describes The Traitor as being “In the exhilarating tradition of I Am Pilgrim… a sprawling, international high-stakes thriller that pits the intelligence of one man against one of the most successful spies ever to operate against American interests.” However, I found the novel to not live up to this description. For one thing, it’s much shorter than I Am Pilgrim, and so shouldn’t be described as “sprawling”.

I also think that the novel lost a fair amount of its tension in translation — originally written in Hebrew, this translation feels, well, flat. The characters didn’t feel particularly distinct from one another. On occasion, I would forget which character I was reading about — reminded only by the appearance of their name. This flatness (there’s really no other word I can think of that better describes the feeling) robbed the novel of tension and excitement. I never grew invested in the characters’ fates, and none of them ever felt as if they were imperilled by their investigation. Despite not guessing the identity of Cobra, I was nevertheless not entirely surprised when the identity was revealed.

There was a surprising amount of info-dumping. Now, one expects a certain amount of explanation and description in a spy novel: new, different or innovative aspects of spy-craft will need to be explained to the reader, for example. What one doesn’t expect, however, is for two (sometimes more) veteran spies to explain their craft — and pretty basic elements thereof — to each other. Other aspects of the story felt a little muddled, and I’m not entirely convinced that I got everything I was supposed to from the final chapter — it could be read in two ways, one a major revelation, the other as a mere aside.

If you want a spy thriller that is a quick read, then I think you’ll find this suits. However, if you want something that is “exhilarating”, “sprawling” and gripping, then I’m not as confident that The Traitor will suit your needs. This novel needed to be bigger: I want to know more about the characters, Aharon’s team, Cobra’s activities, the double-agent handler’s activities. The progression of revelations was methodical, almost-too-easy, and certainly reliant on a couple of oh-so-very convenient coincidences.

I think I would recommend picking up Terry Hayes’s aforementioned I Am Pilgrim, one of John le Carré‘s many spy novels (sometimes referenced in The Traitor), or one of Charles Cumming‘s novels, before I recommended The Traitor. I really wanted to like this novel.

The Traitor is published by Atria/Emily Bestler Books in North America and in the UK, on January 30th, 2018.