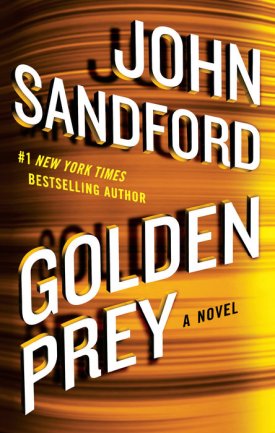 Lucas Davenport’s first mission as a US Marshal

The man was smart and he didn’t mind killing people. Welcome to the big leagues, Davenport.

Thanks to some very influential people whose lives he saved, Lucas is no longer working for the Minnesota Bureau of Criminal Apprehension, but for the U.S. Marshals Service, and with unusual scope. He gets to pick his own cases, whatever they are, wherever they lead him.

And where they’ve led him this time is into real trouble. A Biloxi, Mississippi, drug-cartel counting house gets robbed, and suitcases full of cash disappear, leaving behind five bodies, including that of a six-year-old girl. Davenport takes the case, which quickly spirals out of control, as cartel assassins, including a torturer known as the “Queen of home-improvement tools” compete with Davenport to find the Dixie Hicks shooters who knocked over the counting house. Things get ugly real fast, and neither the cartel killers nor the holdup men give a damn about whose lives Davenport might have saved; to them, he’s just another large target.

In this, Lucas Davenport’s 27th novel, our hero shows no evidence of slowing down. Sandford also shows no evidence of running out of ideas. Davenport is now a US Marshal (albeit, one with a special classification), entering a larger jurisdiction populated by the worst of the worst. Tightly-plotted, excellently paced, Golden Prey is another superb addition to the series.

I wasn’t sure how the series would shape up, when Davenport was taken out of his comfort zone, and unleashed on the larger canvas of the United States as a whole. In Golden Prey, he does a fair amount of travel down South — an area in which he has no experience nor contacts. Sandford lets his protagonist explores this fact, as he tries to figure out how to operate. At the same time, he has to navigate a law enforcement organization who hasn’t yet accepted his presence, especially given the way he came to join them. The author introduces a pair of more-experienced Marshals, new characters who instantly clicked for me, and who I really hope come back in future volumes. They worked really well with Davenport, and together the three made for a great team — not only successful, but also engaging and interesting to spend time with. (They could maybe become the new Del Capslock or Virgil Flowers.) If they don’t appear in future novels in the series, perhaps Sandford could be convinced to write their own series…?

Two cases collide, as has become popular in the series. The US Marshals are hunting a career criminal, Garvin Poole, one of their Most Wanted, who has recently knocked over a mobster’s counting house and reappeared on their radar. In the meantime, two mobster-hired psychopaths have also been set on Poole. They want to recover the millions of dollars he stole, and aren’t too picky about the bodycount. We’re introduced to some truly reprehensible scum.

Thankfully, Sandford doesn’t revel in the worse sides of humanity. Action comes across as realistic, and lacking in Hollywood exaggeration. The locales are well-realized, the characters well-rounded and realistic. The villains aren’t cartoons, which in many ways makes them even more sinister and creepy.

Set during an election year, Davenport’s political patron is running for the presidency. When this does feature in the story, it’s subdued (until the end), and there are just a couple of nods to the 2016 election. It’s interesting how Sandford uses this in relation to Davenport’s position in the Marshals.

Overall, another excellent addition to the series. I thoroughly enjoyed this. I’m very glad that Sandford’s showing no evidence of slowing down or running out of ideas. I can’t wait for the next one! Golden Prey exhibits all of the qualities that has made Sandford such a successful, popular author: superb writing, relatable characters, consistently interesting cases, and gripping stories.

John Sandford‘s Golden Prey is out now, published by G.P. Putnam’s Sons in North America. Past volumes in the series have been published in the UK by Simon & Schuster, but I couldn’t find