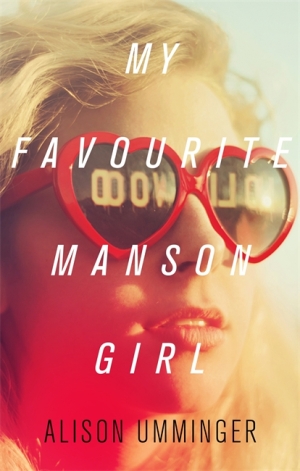 A lost teenager looking for purpose in all the wrong places…

Anna has had a miserable year. Everything feels wrong with her life. And rather than stay and face the mess, she steals a credit card and books herself a seat on the first flight out of town to Los Angeles, to crash with her sister. But soon after she lands, cold reality soon dawns on her: Hollywood isn’t the escape she needs. She is trapped in a town full of lost souls and wannabes, with no friends, no cash and no return ticket.

When she’s offered a job researching the murderous Manson girls for a dubious film, she reluctantly accepts — she needs the money. But soon enough, among the fake smiles and glitter-fuelled parties, things turn from strange, to dark, to dangerous…

This is not going to be the summer Anna had in mind.

I wasn’t sure what to expect from this novel. I’d heard some very good pre-publication buzz, and was interested in reading something different to my usual fare. What I found was not quite the novel as described, but nevertheless an interesting, engaging and sometimes thought-provoking novel. I enjoyed it.

Umminger writes very well, that’s one thing that is apparent from very early on. Her prose is tight, and her dialogue realistic and natural. Her characters are well-rounded and well-realized on the page. None of them feel like stock characters, nor do they feel like props. They all serve a purpose, yes, but one is never confused by their presence.

Anna’s relationship with her sister, Delia is interesting and nuanced. I enjoyed that Anna sees it solely from her perspective, but Umminger writes it in a way that one can also see where Delia is coming from. It is also a relationship of both tension and tenderness, as the two support each other at different points — either after tense exchanges with their mother back in Georgia, or after more immediate problems in Los Angeles. Their mother is another interesting character — narcissistic, flighty and casually (perhaps unknowingly) cruel to both of her daughters.

While in Los Angeles, Anna is paid by her sister’s director to research the Manson girls. It’s a device that comes up fairly frequently, but does not dominate the story. This, I thought, was done very well. I’m sure many authors would have given in to the temptation to go into far more detail, but Umminger cherry-picks what Anna fixates on, and the impact her research has on her summer in LA. She becomes paranoid, staying at Delia’s alone at night, afraid of stalkers and predators behind every knock, every sound outside.

Over the course of the summer, Anna is introduced to two different aspects of Hollywood — the commercialized TV landscape and a less-than-salubrious low-budget “artiste” side of movie-making. Through the former, she gets to know three celebrity siblings: one she falls for, his arrogant twin, and their spinning-out-of-control half sister. Early on, she ricochets between them, before settling down and growing close with one of the twins. They exchange confidences, even go on a couple of “adventures” — it was amusing to read Anna’s observations about even TV stars getting a rush from off-screen transgressions. 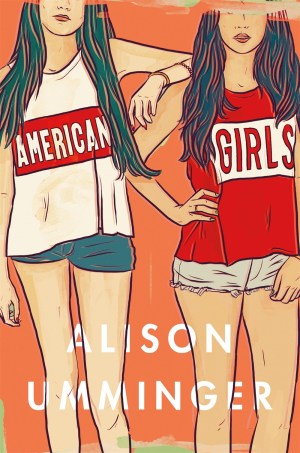 I think the only thing I was mildly disappointed by was Umminger’s inconsistent plotting. Not as a whole, as the novel works very well as a story. However, there were certain scenes that were given more time than were necessary. A poker game at the set of Chips Ahoy!, for example, was far more detailed and long-winded than it had to be — its purpose was apparent from very early on, but we got far more of the game than was either necessary or interesting. At other times, certain scenes were dealt with very quickly, and the narrative either glossed over what had happened, or moved on so quickly that it was never really unpacked.

I certainly enjoyed My Favourite Manson Girl. However, I think it could have been longer, because I wanted to learn more about the characters, and explore more the different aspects of Los Angeles to which Anna is exposed. Umminger offers an interesting look at what it means to try to make it in LA when you’re not on the A-List, and the ways Hollywood/LA culture can mess with your priorities and even sense of decency. The most interesting observations and comments about the city come at the end (which means I can really share any of them here). I guess I was hoping for more insights like these during the novel, as opposed to single a summation. This is a minor complaint, though (despite how much I’ve written about it).

“Los Angeles is simply the illusion America most chooses to treasure.”