Skip to content
HomeExtract: WHAT REMAINS OF ME by A.L. Gaylin 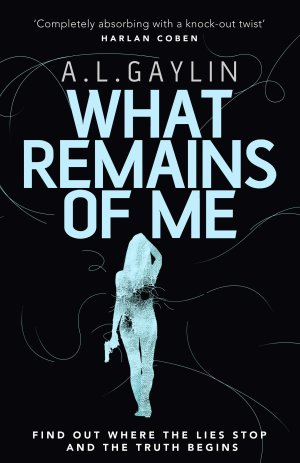 Today, we have a short extract from A.L. Gaylin‘s latest novel, What Remains of Me, which has been receiving a fair amount of buzz around the biblio-community. First, the novel’s synopsis:

They just have to think you could be…

Thirty years later, Kelly is a free woman. Yet speculation still swirls over what really happened that night.

And when her father-in law, and close friend of McFadden is found dead — shot through the head at point-blank range — there can only be one suspect.

But this time Kelly has some high-profile friends who believe she’s innocent of both crimes.

Now, read on for a short extract…

When Kelly Lund was found guilty of second-degree murder, Detective Barry Dupree was seven years old. Trials weren’t televised back then, but there’d been courtroom sketches on the news. Barry had vague memories of those sketches on the TV screen in the kitchen, his parents pointing out all the movie stars testifying. He could recall how flat and dull they’d all looked to him, so much less colourful than the drawings in his comic books, or even real life.

But what Barry remembered most about the trial — what everybody remembered most — was that photograph of Kelly Lund standing outside the courthouse, just after she’d been sentenced. What a photo. If Barry closed his eyes, he could still see it — the dead eyes, the shadows playing across that pretty but vacant face and the smile, that smile. The way it jumped out at you. The way it bit.

It had first appeared on the cover of the Los Angeles Times, and Barry’s older brother Chris had grabbed it off the kitchen table when their parents weren’t around. He’d made the photo dance in front of Barry’s face, holding it so close he could smell the newsprint, Chris chanting at Barry in his cracking adolescent voice, One, two, Kelly’s coming for you. Three, four, better lock your door…

At the time, Barry had no idea Chris had ripped that off from A Nightmare on Elm Street, but Kelly Lund’s face haunted him in a way that Freddy Krueger never would.

He used to have nightmares — the teen killer, coming for him in the middle of the night with her pistol, shooting holes through his brain, slaughtering his family, her expression never changing. The Mona Lisa Death Smile. Man.

To Barry, to many who were children in L.A. in the early ’80s he was sure, Kelly Lund was a bogeyman on a level with Richard “The Night Stalker” Ramirez or Charlie Manson. And even as Barry grew, even as he took boxing lessons and stood up to the bullies in school who called him Carrot Top and gave him wedgies on a daily basis, even as he graduated — sixty-five pounds bigger than when he entered high school and knowing full well he’d be a cop one day — even then, and even now, a grown man with a detective’s shield and a black belt in mixed martial arts and a registered .40 caliber Glock in his shoulder holster (try and call me Carrot Top now, dickheads) he couldn’t shake the uneasiness he felt at the sound of her name.

Kelly Lund is coming for you!

A.L. Gaylin’s What Remains of Me is out now, published by Arrow in the UK and William Morrow in the US. 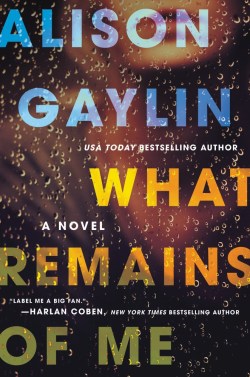