An entertaining thriller introduces us to an interesting new anti-hero

Michael Hendricks kills people for money. That aside, he’s not so bad a guy.

Once a covert operative for a false-flag unit of the US military, Hendricks was presumed dead after a mission in Afghanistan went sideways. He left behind his old life — and beloved fiancée — and set out on a path of redemption…or perhaps one of willful self-destruction.

Now Hendricks makes his living as a hitman entrepreneur of sorts: he only hits other hitmen. For ten times the price on your head, he’ll make sure whoever’s coming to kill you winds up in the ground instead. Not a bad way for a guy with his skill-set to make a living — but a great way to make himself a target.

It took me altogether too long to get around tor reading this series. I thought it sounded great when it was first announced; and, now that I’ve read it, I’m glad to report that it didn’t disappoint. This is an interesting, fast-paced first instalment of a cool new series.

Holm quickly locates the reader in this new world of hitmen and counter-hitman (as far as we can tell, Hendricks is the only one pursuing his particular profession). A couple of jobs unfold, and we get to know Hendricks and his motivations, and as the story progresses we learn of his past and acquire ever-more detail of who he is, his methods, and so forth. He’s an interesting character, sympathetic and relatable in certain aspects — especially his lingering PTSD and conflict over how he earns a living and the effect it has on those close to him. He’s an interesting character, and Holm does a great job of making the reader root for him, and feel invested in his survival.

The missions are well-written, the violence never overly-graphic or gratuitous. The fights are sometimes presented from multiple perspectives, which I also thought were very well done. The story moves quickly, as Hendricks travels across the United States — first on a couple of jobs, and then trying to stay ahead of the man who is after him. There is collateral damage, which I thought Hendricks dealt with a little coldly, but I suppose that’s not entirely surprising.

The ending is big, brash and pretty ingenious (in a down-and-dirty way). The final confrontation isn’t drawn out, and there wasn’t a tidy, happy ending. Overall, I was entertained and very impressed: it’s a tightly-plotted, engaging start to a new series. I’ll certainly be back for the sequel, and any other novels Holm writes in the series. 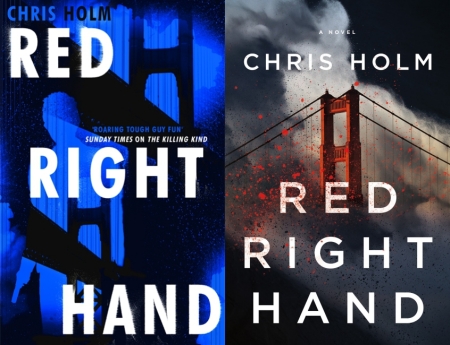